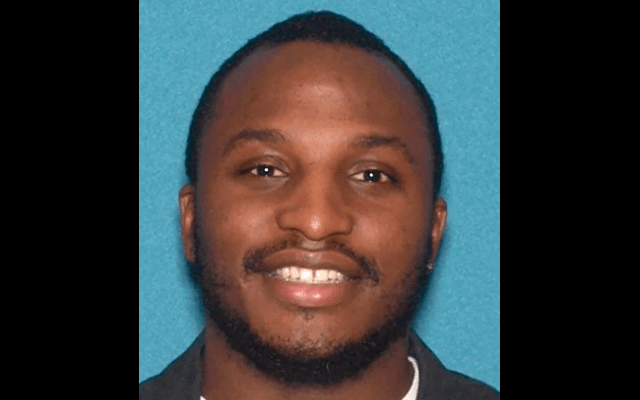 Tyrell Harris-McLaughlin was arrested on charges of sexual assault and official misconduct. (New Jersey Office of The Attorney)

CLINTON, N.J. — A correctional officer at a New Jersey prison for women has been charged with sexually assaulting an inmate, authorities said.

Tyrell Harris-McLaughlin, 28, who works as a corrections officer at the Edna Mahan Correctional Facility for Women, was arrested Wednesday. Charges stemming from the Sept. 16 allegations include sexual assault and official misconduct, Acting Attorney General Andrew Bruck said, according to the New York Post.

The female inmate advised prison staff days after the alleged sexual assault occurred that Harris-McLaughlin raped her, according to an affidavit of probable cause.

Semen was collected from the woman at a hospital and it matched Harris-McLaughlin’s DNA, the affidavit declares.

“Anyone in custody is entitled to be free from sexual or other assaults,” Office of Public Integrity and Accountability Executive Director Thomas Eichler said. “When law enforcement officers assault and exploit those subject to their authority, as alleged here, we will ensure that they are fully investigated and prosecuted.”

Harris-McLaughlin had “supervisory or disciplinary power” at the time over the female inmate at the facility, which houses about 370 inmates, the Post reported.