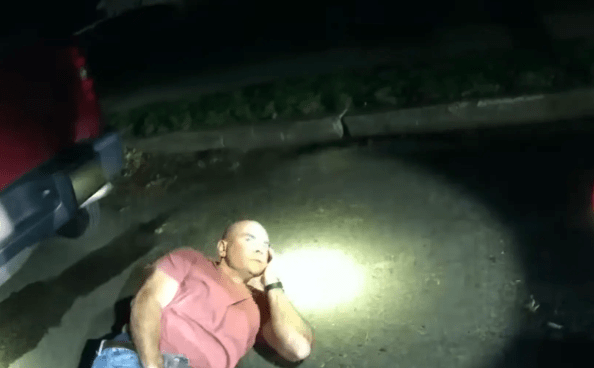 HAMILTON TOWNSHIP, N.J. – A New Jersey police chief charged with DUI last month could be seen sprawled out in the street behind his pickup truck with his pants undone, according to reports.

Chief Brian Pesce of the Bordentown Township Police Department was discovered on the ground in nearby Hamilton after a 911 caller reported following a “drunk” driver “weaving all over the place” and nearly hitting a mailbox, reported NJ.com, citing court documents.

“He’s gonna kill somebody,” the caller warned of the pickup driver.

The reporting party called back when the truck stopped and the driver was “on the ground in the middle of the road … He’s so obliviated,” according to the documents. 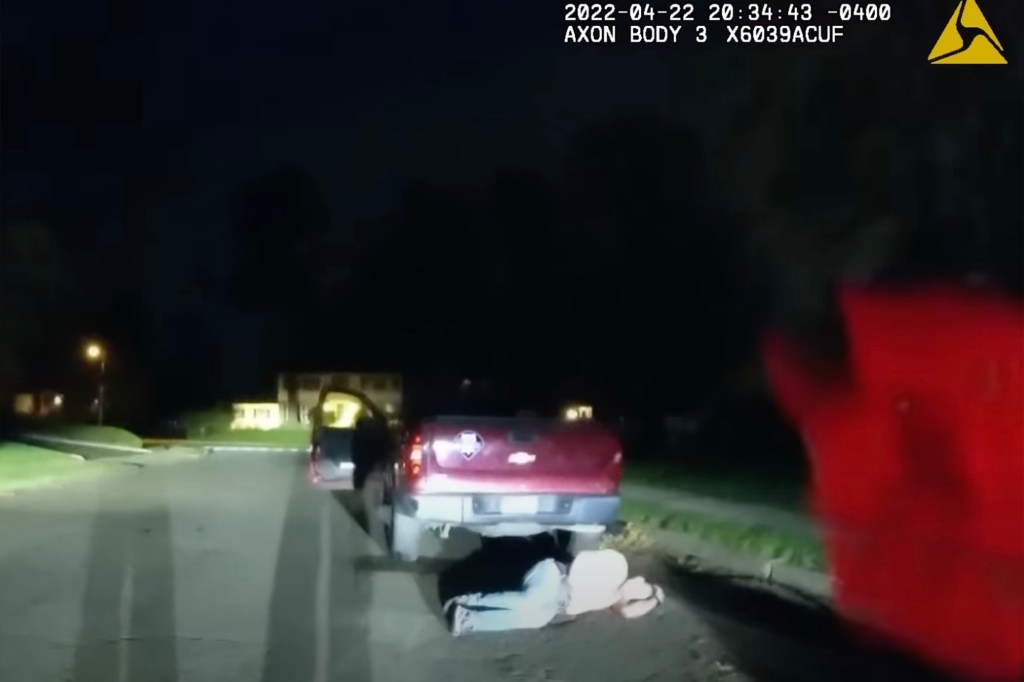 A 911 caller reported that Pesce was allegedly “weaving all over the place.” (Hamilton Township Police Department)

Pesce, a 23-year law officer, was then seen in bodycam footage lying on the ground behind the truck late in the evening on April 22, the New York Post reported.

The same officer suggests that he “pissed on his tire and then took a spill,” the footage shows.

“You’re sleeping in the middle of the road,” an officer replies, while the other says, “Your pants are down.”

When one officer queries if he is diabetic, Pesce says “Not at all” — with the officer replying, “Probably the wrong answer.”

Finally, one of the officers searches Pesce’s vehicle and finds his police badge — and remarks, “Ohh,” NJ.com said.

As Pesce is led into an ambulance with an apparent head wound, the chief sounds confused as he says, “I drove? … I wasn’t driving anywhere.” 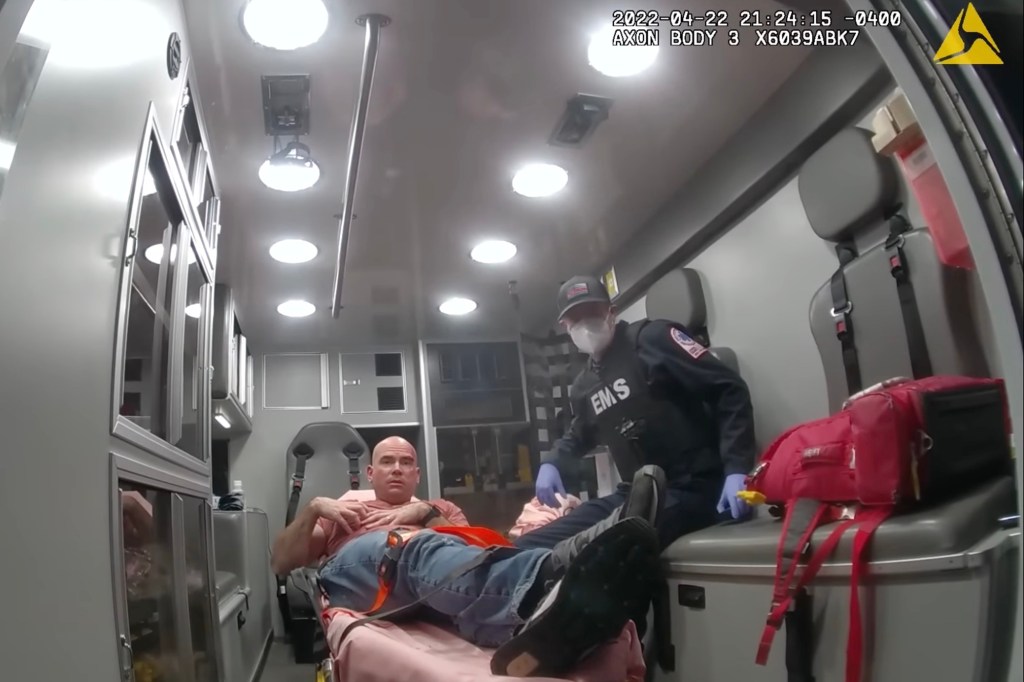 Pesce was taken away in an ambulance for his head injury. (Hamilton Township Police Department)

Pesce was charged with DUI, failing to report an accident, and leaving the scene of a collision, among other traffic offenses.

Pesce, who had been chief since 2018, was placed on restricted duty by the township following his arrest.