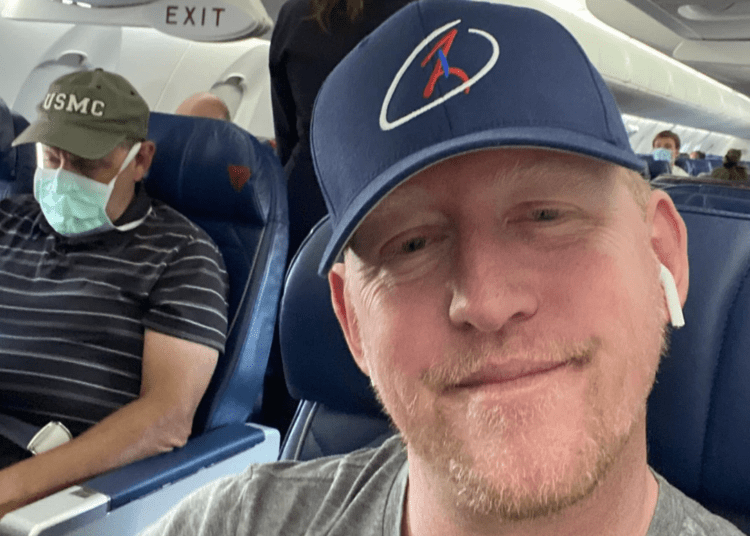 The former Navy SEAL hero who killed Osama bin Laden and joked on Twitter about not wearing a “dumb-ass” mask on a Delta flight has now been banned from the airline, he said Thursday.

“I just got banned from @Delta for posting a picture. Wow,” Robert O’Neill, 44, tweeted.

I just got banned from @Delta for posting a picture. Wow.

The move comes a day after he tweeted a smiling, mask-less selfie from his seat with the caption “I’m not a p***y.”

Many of O’Neill’s Twitter followers took the post as a direct dig on the only other person in the photo: a man wearing a US Marine Corps hat and a mask.

The former SEAL Team Six member later took the photo down — at the urging of his wife, he claimed — and also insisted he always wears a mask and that the tweet was “a joke.”

“This was not a dig at the Marine behind me. I love Marines…,” he wrote in another tweet linking to an article in the New York Post.

After much was made of the issue, O’Neill tweeted Thursday afternoon, “I had my mask in my lap. Everyone has gone crazy.”

I had my mask in my lap. Everyone has gone crazy.. https://t.co/tWyqm59o6j via @washtimes

Delta confirmed O’Neill is no longer welcome aboard, the New York Post reported.

“Part of every customer’s commitment prior to traveling on Delta is the requirement to acknowledge our updated travel policies, which includes wearing a mask,” the airline said in a statement.

“Failure to comply with our mask-wearing mandate can result in losing the ability to fly Delta in the future.”

As a member of the U.S. Navy SEALs, O’Neill was reportedly involved in more than 400 missions, including the operation to rescue Captain Richard Phillips during the Maersk Alabama hijacking, and Operation Red Wings in which O’Neill helped save Marcus Luttrell.

However, O’Neill is most famous for being the operator who took out bin Laden in 2011. The Montana native fired three shots into the al Qaeda leader’s head during the raid on his Pakistan hideout.