Steven Giovanni Aguilar-Medina had been evading police since 2009 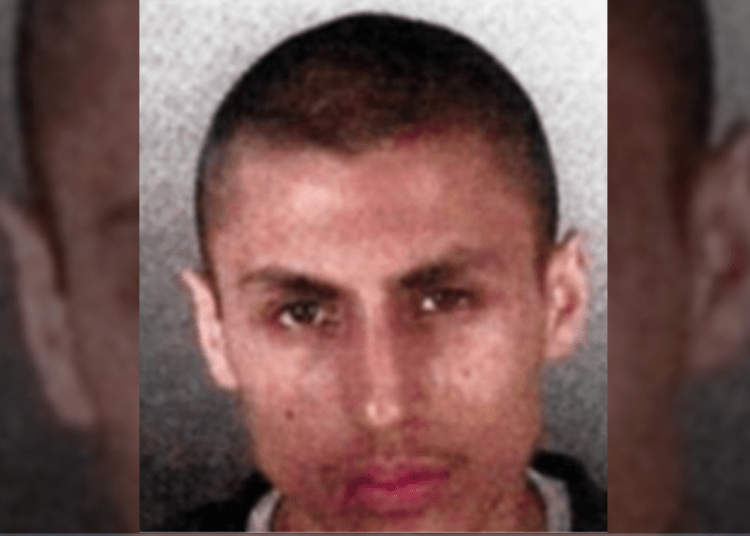 LOS ANGELES – A murder suspect who has been on the run for nearly 13 years after a Los Angeles gang related homicide has been captured in Mexico, authorities said.

Steven Giovanni Aguilar-Medina, 29, aka “Little One,” “Littleone,” and “Trusty,” was arrested Oct. 18 in the Mexican town of Progreso, Merida, according to the FBI.

The federal law enforcement agency provided the following overview of the murder:

The FBI worked with Mexican law enforcement authorities to track down Aguilar-Medina. He was located Progreso, Merida and deported to Houston. Following his arrival in Texas he was subsequently returned to Los Angeles where he will be prosecuted on state murder charges, KTLA reported.

“The return of Aguilar-Medina was sponsored by the United States government’s ‘Project Welcome Home,’ which provides funding for the transportation of FBI fugitives to the United States, where the repatriation by the host country occurs through deportation or extradition,” the FBI noted. Martinez, a known gang member with ties to Mexico, has also been charged with murder and attempted murder. She has yet to be captured.

“If you have any information concerning this person, please contact your local FBI office or the nearest American Embassy or Consulate,” the FBI requested. 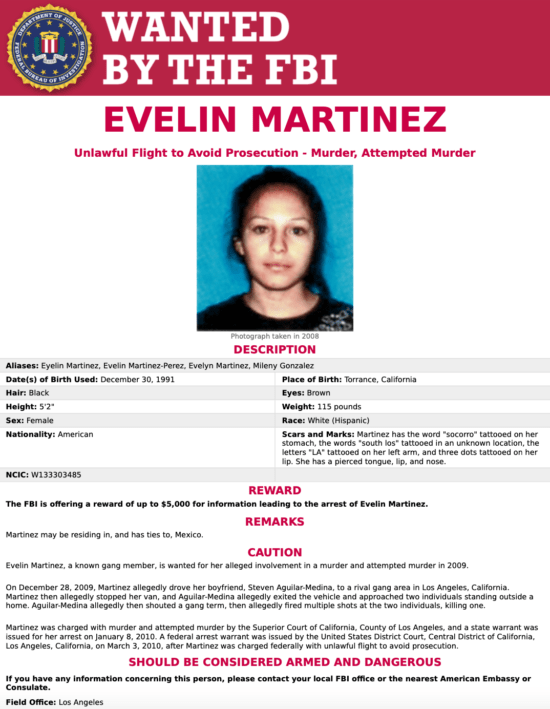