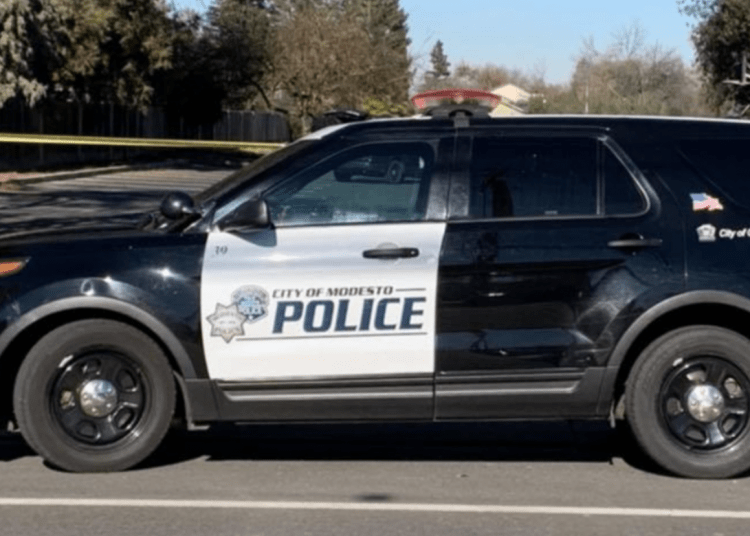 MODESTO, Calif. — A Northern California police officer is in critical condition after being shot late Saturday night while helping serve a search warrant in Modesto.

The series of events began about 10:00 p.m. when a traffic officer for the Modesto Police Department observed a motorcyclist driving recklessly. The officer initiated a traffic stop, but the motorcyclist fled, CBS13 reported.

The air unit for the Stanislaus County Sheriff’s Department located the motorcyclist as he continued to flee. The helicopter followed the rider to a residence in the 3100 block of East Orangeburg Avenue. Ground units quickly arrived. Soon after, a suspect came out of the home and surrendered.

Subsequent to a custodial search, the suspect was found to be in possession of controlled substances for the purpose of sales, according to police.

As a result of locating narcotics for sale, investigators obtained a search warrant for the residence. As officers served the warrant at the home about 11:30 p.m., a male suspect opened fire, striking one of the officers, according to police.

Officers returned fire, striking the suspect who was subsequently taken into custody, according to CBS13.

The unnamed injured officer was transported to a local hospital where he is listed in critical, but stable condition.

The wounded suspect was treated at a local hospital for minor injuries. He was medically cleared for booking on charges that include, attempted murder of a police officer and weapons violations. His name has not been released at the time of publication.

The investigation is ongoing and no further details were immediately available.