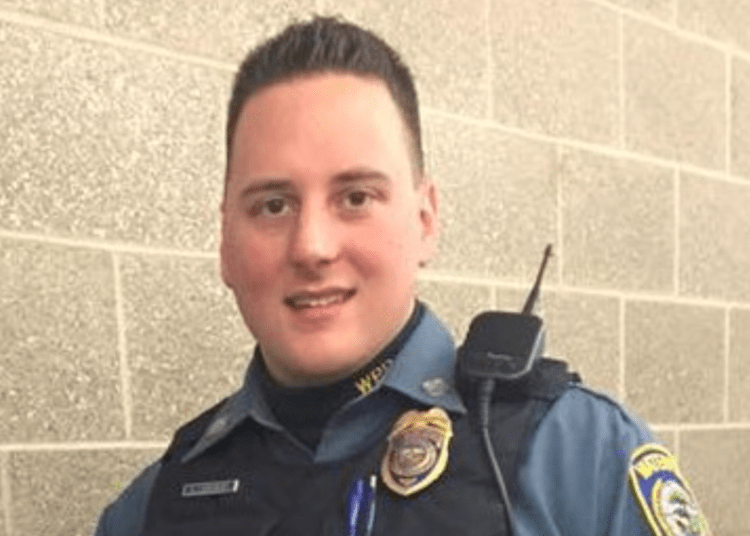 WATERFORD, Ct. — A missing Connecticut police officer was discovered dead on Monday at the cemetery where his slain mother is buried, according to a report.

Adam Lapkowski, 37, an officer with the Waterford Police Department, was reported missing, according to the Connecticut State Police. Law enforcement authorities found his vehicle at the Poquetanuck Cemetery in Preston around 12:20 p.m. on Monday. Lapkowski was then discovered unresponsive on the ground and pronounced dead at the cemetery, state police said.

Lapkowski, a resident of Uncasville, died by suicide, the state Office of the Chief Medical Examiner said. The officer’s biological mother, Joanne Witt-Lapkowski, is buried at the cemetery, records show, reported CT INSIDER.

Witt-Lapkowski resided in a Norwich apartment in 1996 when she was killed during an argument. She was 40-years-old at the time of her death. Scott McLeod was sentenced to 40 years in prison for the homicide. He is scheduled to be released in 2036, judicial records show.

Lapkowski had been with the Waterford Police Department since at least 2010, according to the town’s Board of Police Commissioners meeting records. Moreover, he was named as the agency’s Officer of the Year in 2019.

“Our agency suffered a tremendous loss this week,” the Waterford Police Department posted on Facebook on Thursday. The post said the “past few days have been incredibly difficult.”

It was unclear if Lapkowski was discovered near his mother’s final resting spot and/or how long he had been missing. No further details were immediately available.

Lapkowski is survived by his wife and their two sons, a GoFundMe page said. The page, which was created to “cover funeral costs and immediate expenses” for his family members, raised more than $12,600 as of Sunday afternoon.

Regarding the officer’s death, Connecticut State Police Sgt. Christine Jeltema said her agency has a “robust peer support program” that members of other law enforcement departments may use to help cope with stress and depression.

“Each agency has their own contacts and peers,” Jeltema said. “If anyone does not feel comfortable utilizing their programs, they can reach out to another peer from another agency.”

Law enforcement officers who are dealing with various stress factors can speak to a retired and trained police officer by calling Copline at 800-267-5463.