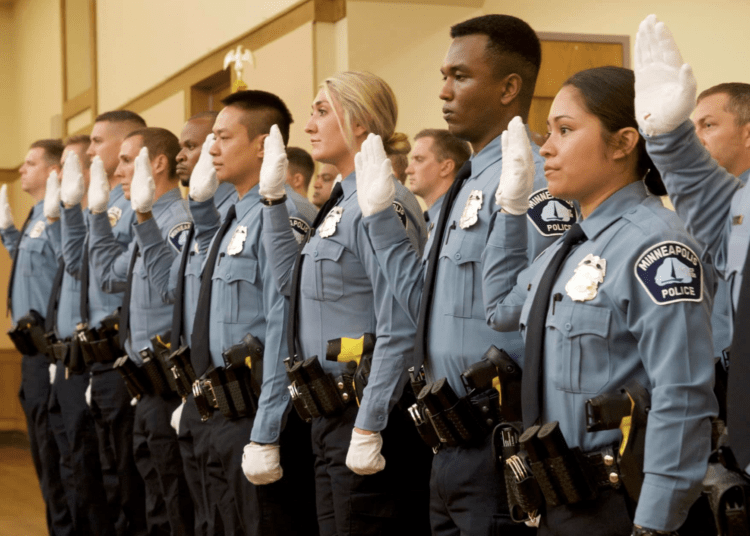 The Minnesota Board of Peace Officer Standards and Training (POST) is trying to allow noncitizens to become licensed police officers and prohibit people who engage with undefined “hate” groups on social media from entering the force.

These changes were approved by the board by a large margin and are awaiting review from the revisor.

Presently, the minimum selection standards to become a licensed peace officer in Minnesota require that applicants “be a citizen of the United States.” The POST Board, however, has approved a proposal to also include candidates who are “eligible to work in the United States under federal requirements.”

This is not a unique proposal. California is trying to do the same thing, but California has initiated this change through the state legislature while in Minnesota it’s being pushed by a group of unelected political appointees.

Further, efforts in other states to allow noncitizens to become police officers have been extended only to permanent residents, not simply those eligible to work in the U.S. — a much broader category. The POST Board’s Advisory Committee noted this: “There are many issues and practicalities created by adding ‘authorized to work in the United States’ to the minimum selection standards of the revised rule,” as opposed to keeping the rule the same or allowing only for lawful permanent residents to become police.

The committee also notes “concerns as to whether a person should be granted authority as a police officer to take away the freedom of a citizen when that person is not a citizen.”

Despite the fact that the advisory committee did not support this change, the board advanced the measure earlier this month.

The board also voted to affirm a rule change that would allow the state to revoke the licenses of officers who participate “in any form in the activities of a white supremacist; hate or extremist group.” However, what constitutes such a group is barely defined and the criteria for supporting such a group apparently includes membership in the wrong online communities.

According to the proposed changes, support for a white supremacist hate group can be demonstrated by “engagement in cyber or social media posts, chats, [or] forums” that promote derogatory actions against protected minorities or “seditious activities.”

“Cyber presence” in a hate group’s “events” is also cause for license revocation, according to the board.

“Seditious activities” are not defined. What it means to have a “cyber presence” is not defined.

The changes also propose that officers caught making extremist “hand signs” should be punished, an apparent allusion to a broad and long-running conspiracy that police who make the OK hand gesture are telegraphing their adherence to extremist right-wing ideologies.

The advisory committee reached an exact tie in determining if they support or oppose this proposal. Those dissenting said they “specifically object to the broad language and activities that are identified.”

“The terms support, advocate or participate are very broad and can include activities that do not directly tie to any activities that are considered derogatory or harmful,” the dissenting members of the committee said. “Support and advocating can be as broad as liking a social media post, even though a peace officer has not taken any further material action to promote an organization’s mission.”

Alpha News spoke with a police chief who serves a rural Minnesota community who raised additional questions about this proposal. The chief highlighted how a bad-faith actor could leverage this rule to discriminate against members of religious sects that oppose gay marriage or do not allow women to become faith leaders. By the letter of the proposal, the chief observed, these groups could be considered hate groups and officers who donate to them, participate in services or evangelize could face license denial or revocation.

During discussion on the proposed language, POST Board member Justin Terrel​l, who is appointed to represent the public, seemingly accused white supremacists of killing people during the George Floyd riots.

“White supremacist organizations … have blood on their hands from throughout the uprising,” he said, perpetuating a theory that white supremacists kickstarted the violence that wracked Minneapolis during the summer of 2020.