In past remarks, Ellison called the Minneapolis Police Department an "occupying force" consisting of "vicious" people who are "wolves in sheep's clothing." 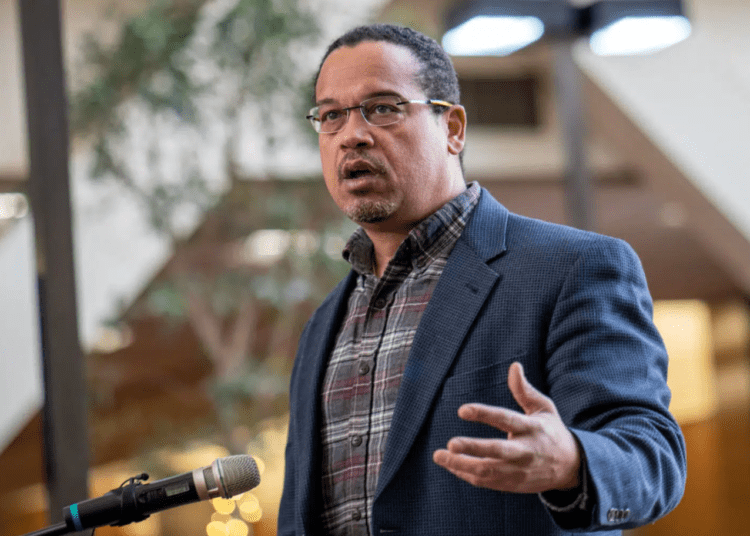 Audio clips from the archives of Minnesota Public Radio (MPR) reveal the harsh words Keith Ellison has had for Minneapolis police officers.

MPR previously included remarks from Ellison in its coverage of policing and crime, mostly from the early 1990s when Ellison was a lawyer and political activist.

In some of those remarks Ellison is heard calling the Minneapolis Police Department (MPD) “vicious” people who are “wolves in sheep’s clothing,” as well as an “occupying force.”

“They forgot their riot gear. I wonder where they forgot it. Don’t be fooled by this,” Ellison said in a 1989 speech addressing demonstrators who protested a mistaken police raid that killed an elderly black couple. “These people are vicious. We’re talking about wolves in sheep’s clothing.”

In a panel discussion with Twin Cities police leaders from December 1993 on the relationship between police and minorities, Ellison blasted the MPD and police departments of other large U.S. cities as an “occupying force.”

“I do believe that the police department, particularly in Minneapolis and many other big cities around the country, is an occupying force that views the inner city as enemy territory, and really doesn’t have any regard for the residents who live therein,” he said. “It’s important to note that in Minneapolis 70% of the Minneapolis police don’t live in Minneapolis.”

When asked by MPR’s Cathy Wurzer if the situation would be mitigated by Minneapolis police officers living in the city, Ellison said “it’s tough to say” and that he wouldn’t personally want “some of these individuals living near me.”

“But the thing is, it shows the sense of alienation and isolation that there is … between the police department and the citizens,” he added. “And it also shows that most Minneapolis police … don’t have enough respect and care for the city to even live here.”

Covering a rally protesting the acquittal of four Los Angeles police officers in the Rodney King trial in 1992, MPR’s Bill Catlin reported that Ellison railed against the “fascist” government and told the crowd there was “no obligation to obey a fascist government.”

And in an interview from 1993, Ellison criticized “hysterical” voters who supported the hiring of more police officers to deal with high crime rates.

Alpha News reached out to the attorney general’s campaign for comment but did not receive a reply by the time of publication.

Unearthed columns from the early 1990s also demonstrate a young Ellison’s strident views on crime and police, and his proximity to black separatist ideas and groups like the Nation of Islam.

Ellison is currently seeking another term as attorney general but is in a tight race with Republican challenger and political outsider Jim Schultz, who has hammered his “soft-on-crime” approach and anti-police rhetoric.