The angry woman yelled at marchers, telling them about the bullets that tore through her apartment. 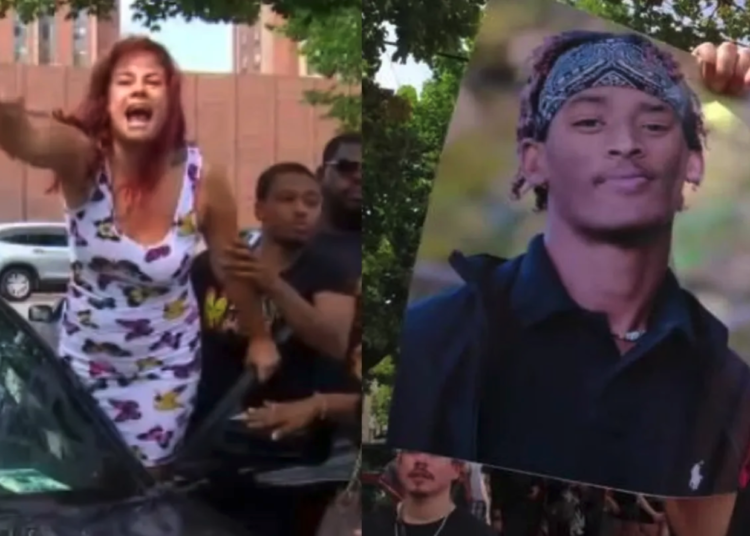 MINNEAPOLIS – A mother of two children in Minneapolis berated protesters who gathered outside of an apartment building where a black man, Andrew “Teckle” Sundberg, was fatally shot by police last week.

“This is not a George Floyd situation. George Floyd was unarmed. This is not okay,” the mother, identified as Arabella Foss-Yarbrough, was seen on video emotionally lecturing a group of protesters on Saturday, Fox News reported.

Sundberg was Foss-Yarbrough’s neighbor. She told the group of protesters that he shot up her apartment Wednesday evening while she was cooking for her sons, ages 2 and 4, according to Fox 9. The angry woman yelled at marchers, telling them about the bullets that tore through her apartment, and nearly left her family dead or injured.

The activists and protesters gathered Saturday afternoon either ignorant of the circumstances or they didn’t care, it was simply another excuse to rail against police. Yet Foss-Yarbrough would have none of it as she confronted them.

The mother said her children were left traumatized by the 20-year-old man before he was shot and killed by police.

“My kids have to deal with this and probably have a mental illness now because they almost lost their lives. There’s bullet holes in my kitchen because he sat in the f–ing hallway watching me move,” she said while excoriating the protesters. “He tried to kill me in front of my kids.”

Arabella Yarbrough says she thought she and her 2 kids were going to die Wed. night, after she says Tekle Sundberg fired these shots through her apt. She says she called police. Sundberg was shot and killed by MPD ending a 6hr standoff. More on this, tonight at 10. @kare11 pic.twitter.com/4x0ITgBkoZ

Sundberg’s family said the suspect was having a “mental health crisis” at the time of his death.

Foss-Yarbrough called police during the shooting on Wednesday. Responding officers helped the family escape. As police continued to evacuate the building, “officers started taking fire,” according to a search warrant affidavit.

The shooting led to a six-hour standoff between police and Sundberg. It came to a conclusion when two Minneapolis snipers shot the 20-year-old gunman, Fox reported.

“I have black children; I am a woman of color!”  Foss-Yarbrough, who is of black, white and Native descent according to the star Tribune, yelled at the demonstrators. “If I would have lost my life, would you guys do this for me?”

Things boiled over during Saturday’s rally and march for Tekle Sundberg, when the 24 year old woman who says he was shooting into her apt. showed up voicing her frustration with those gathering in front of her building on Sundberg’s behalf. @kare11 * video contains profanity * pic.twitter.com/qdi1vbgO7k

Mark Sundberg, the deceased gunman’s father, approached the mother of two and said, “I am so sorry,” according to the Star Tribune.

“This is not OK,” she exhorted to the protesters.