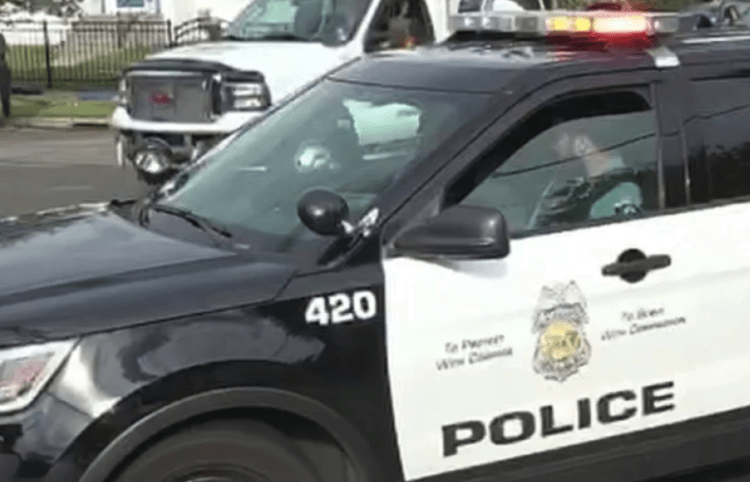 Minneapolis, Minnesota – Minneapolis voters may soon be voting on whether they will eliminate the police department as it is currently organized. The Minneapolis Policy and Government Oversight Committee approved the ballot measure proposed by the advocacy group Yes 4 Minneapolis Committee in an 11-2 vote that will now be passed along to the general council for a vote, according to Fox News.

The measure would allow voters to replace the city’s police department with a community-focused safety initiative, according to local reports. If the City Council votes in favor of the amendment, it would appear on the general election ballot for Minneapolis residents on November 2nd.

“Today’s vote confirms what we’ve known all along: The people of Minneapolis are excited and ready to participate in their democracy to keep themselves and one another safe,” the Yes 4 Minneapolis Committee wrote in a Wednesday tweet, “and that a handful of unelected people continue attempts to derail these efforts.” 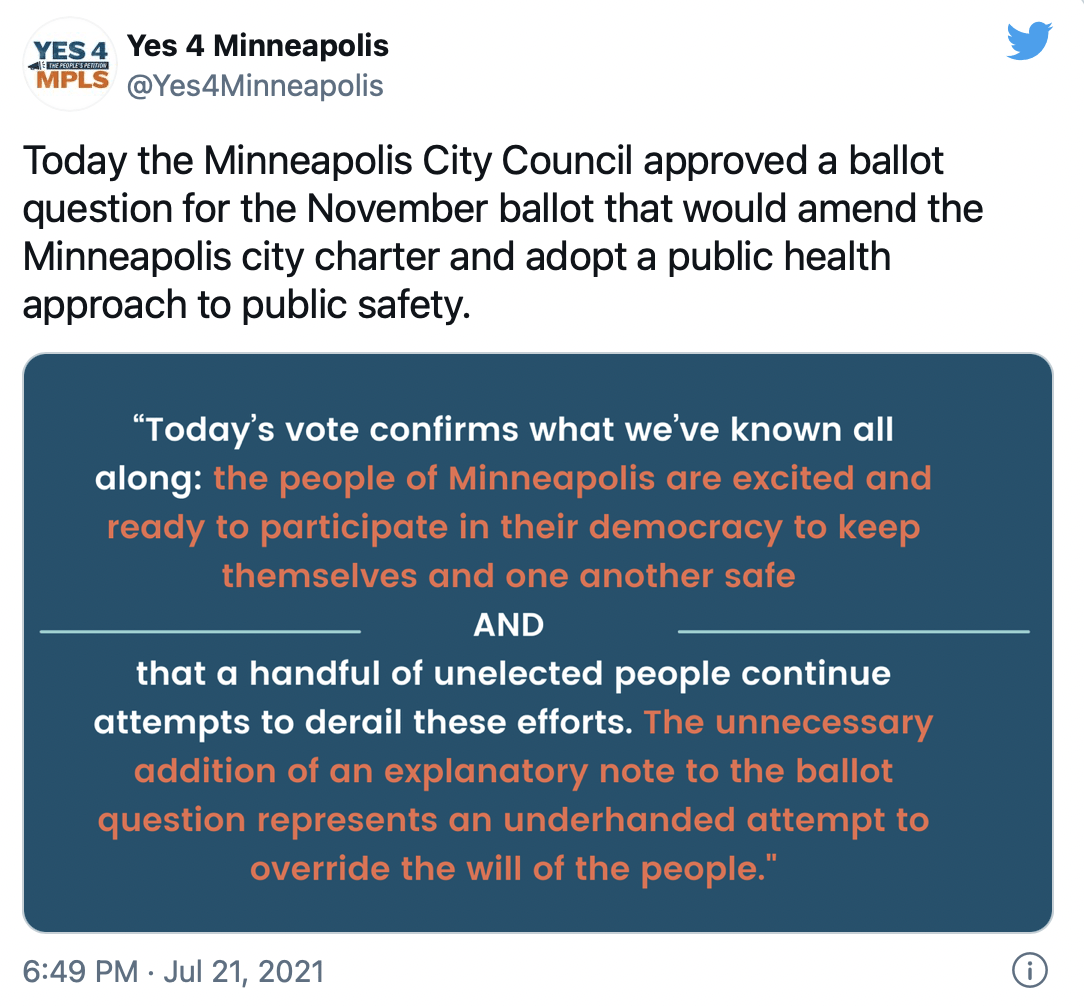 The ballot measure proposal would replace the city’s police department with a public safety department including licensed police officers, but it does not outline a detailed plan for how city leaders will do so. The plan would include “public health tools” such as mental health responders, substance abuse specialists, violence interrupters and violence prevention professionals.

The proposed ballot question reads: “Shall the Charter be amended to create a Department of Public Safety that employs a comprehensive public health approach with a range of strategies and personnel, including licensed peace officers as necessary, to fulfill responsibilities for community safety, with the general nature of the amendments being briefly indicated in the explanatory note below, which is made a part of this ballot?”