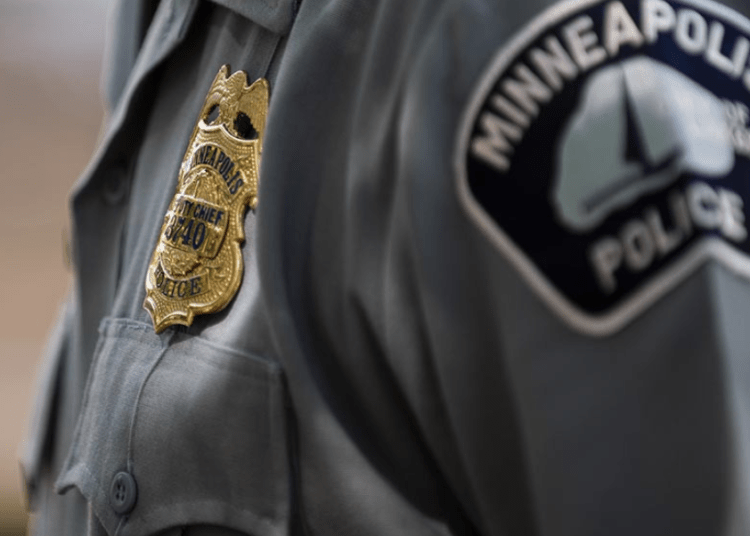 MINNEAPOLIS — A Minneapolis police officer has been awarded his job back after being fired for decorating a Christmas tree inside the 4th Precinct with area specific items that others deemed to be racially insensitive.

An arbitrator ruled Mark Bohnsack was wrongfully terminated by the Minneapolis Police Department, although community activists say the incident was meant to hurt people on the North Side, CBS Minnesota reported.

The stationhouse tree was adorned with Newport menthol cigarettes, a can of Steel Reserve malt liquor, police tape, a bag of Takis tortilla chips, Funyons, and a cup from Popeyes Louisiana Kitchen, Law Officer reported.

The arbitrator’s ruling in the wrongful termination case requires Bohnsack to serve a suspension of 320 hours. It was unclear if he was awarded back pay.

Police spokesman John Elder confirmed that Bohnsack is back with the department, but said another officer who was fired over the incident, Brandy Steberg, is not. Elder declined to give further details, saying he wasn’t authorized to discuss personnel matters, the Houston Chronicle reported.

The precinct’s commander was also demoted, according to AP News.

“There needs to be much more diversity amongst arbitrators. Most of them are white. They don’t have a connection to the African American community or other communities of color, and they are not looking through a racial justice lens when deciding these cases,” said activist Nekima Levy Armstrong.

The community says it supports Chief Medaria Arradondo and believe his efforts to clean up the department are being undermined by an arbitration system that works for officers and not residents.

“He has fired many officers and many of them have gotten their jobs back even though they have very problematic histories.”

In a statement Mayor Frey said “the facts of this case are clear. Chief Arradondo’s decision to terminate or discipline should not be overturned. We need arbitration reforms that tackles an arbitrator’s authority to reinstate in cases of established, egregious misconduct.”

The Minnesota Legislature last month passed a police accountability bill that included some limited changes to the arbitration process for police officers.