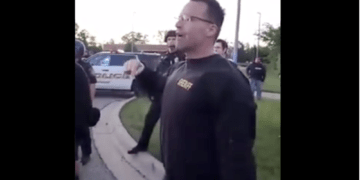 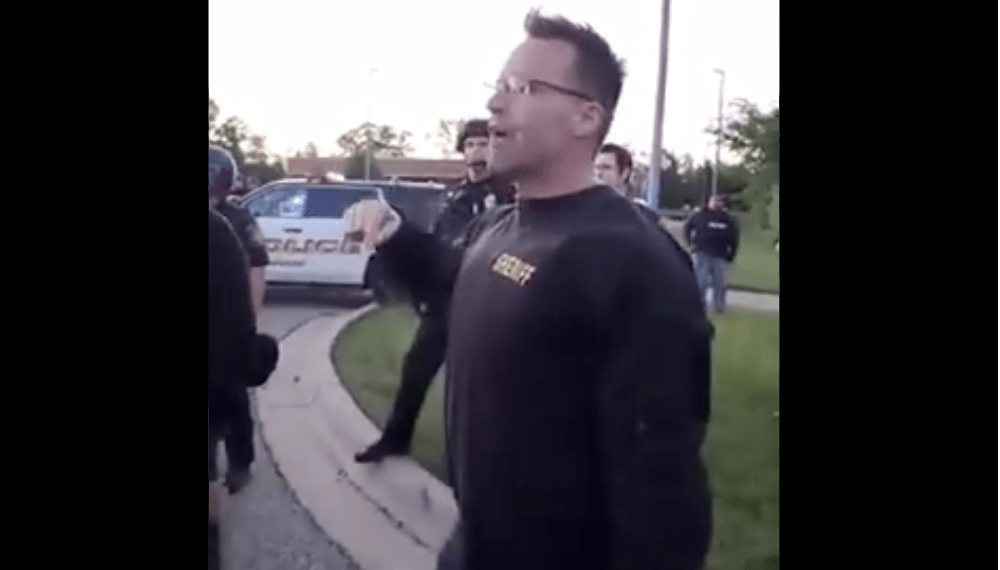 FLINT TOWNSHIP, Mich. — Genesee County Sheriff Chris Swanson encouraged a group of George Floyd protesters in Flint Township to come together with law enforcement to mend their relationship with the community.

His style seemed to effectively blend the public’s desire for a peaceful protest with the law enforcement function of maintaining order.

Genesee County Sheriff (Flint, Michigan) Chris Swanson put down his helmet and baton and asked protesters how he could help.

The protesters chanted "walk with us" so the Sheriff joined — and walked alongside the protesters in solidarity.

“I want to make this a parade, not a protest,” Swanson can be heard saying on a video at the event.

“These cops love you. That cop over there hugs people,” he said pointing to a colleague.

The stirring video capturing the exchange has gone viral with more than 90,000 likes on Twitter.

“Don’t think for a second that he represents who these cops are from all over the county and around this nation,” Swanson told protesters, speaking of former Minneapolis police officer Derek Chauvin, who is now facing charges of third-degree murder and manslaughter. “We go out there to help people, not do that nonsense.”

In another instance in Georgia, a police officer from the Atlanta Police Department tried to level with a group of protesters and show them their voices are being heard.

“I have a son who’s 31, I have a son who’s 15, all right, and I have to have these conversations with him all the time,” Sgt. Z. Murphy, who’s black, said. “What was going on up here was wrong, that’s why we brought it to a stop. The loudspeaker, the yakking, and the yapping.”

“We said pause, let these people remain here, let them stay on the street, let them express their grievances because you have a right to be pissed off,” he said.

One protester shouted that “over there, they don’t feel the same way,” referring to another group of cops from the same department, Fox reported.

“That’s why I told them to shut the f*** up,” the sergeant replied.

The protesters responded that he needed to “give this energy” to other police officers.