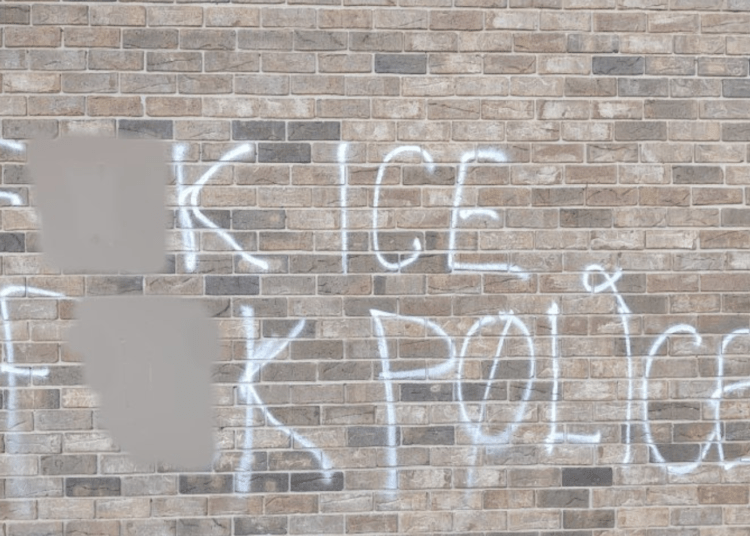 LANSING, Mich. — The Michigan Republican Party says its headquarters in Lansing was vandalized over the Labor Day weekend “with radical anti-police statements,” and it shared photos of graffiti on the building.

“Sunday night our building was vandalized with radical anti-police statements,” the party tweeted Monday. “We will not be intimidated, and we will continue to work hard to ensure President @realDonaldTrump is re-elected!”

Sunday night our building was vandalized with radical anti-police statements. We will not be intimidated, and we will continue to work hard to ensure President @realDonaldTrump is re-elected!#LeadRight #MITV20 pic.twitter.com/r56biu3oWj

The photos showed spray-painted graffiti that said “abolish police,” “f–k police,” “f–k 12” and “f–k you.” The suspect(s) responsible for the hateful graffiti is unknown, although a crime report was filed with Lansing Police Department, FOX News reported.

It comes amid nationwide protests against police use of force issues and the far-left “defund the police” movement.

The graffiti also said “f–k ICE.” In a statement, the party said they believe it to be a reference to the Immigration and Customs Enforcement agency where its chairwoman, Laura Cox, once served as an agent.

‘Social distance’ is coming to a police department near you