Michael Avenatti arrested for scamming client out of $840K 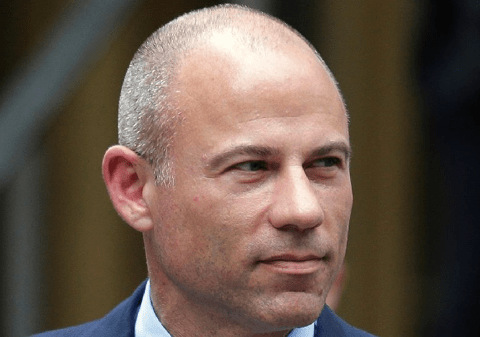 LOS ANGELES – Attorney Michael Avenatti was arrested by Internal Revenue Service (IRS) agents Tuesday evening during a break in a disciplinary hearing in Los Angeles over allegations that the high-profile lawyer scammed a client out of $840,000.

The arrest occurred around 6 p.m. outside the State Bar Court, where the State Bar of California has initiated proceedings against him, Fox News reported.

“I can confirm that he was arrested by federal agents,” Avenatti’s lawyer Dean Steward said. “I anticipate a bail hearing at 2 p.m. tomorrow in Magistrate’s Court in Santa Ana. I haven’t seen the details of the warrant, but should have it later this evening.“

Just moments ago ex-Stormy Daniels attorney Michael Avenatti was taken out of the California State Bar Court in LA the custody of federal agents. pic.twitter.com/cU8sM4DUw1

Avenatti’s lawyers called for a sidebar with the judge and said he would not be able to return due to circumstances related to a criminal matter in Orange County.

He is accused of fraud, cheating on his taxes and lying to investigators. Moreover, federal prosecutors allege that he embezzled funds from clients. He has pleaded not guilty to the charges.

Thom Mrozek, a spokesman for the U.S. Attorney’s Office in Los Angeles, told Fox News that Avenatti was arrested on suspicion of violating his pre-trial release.

“I do expect him to appear in federal court in Santa Ana tomorrow,” he said, adding that documents related to the arrest were under seal.

Tuesday’s hearing centered on allegations that Avenatti misappropriated $840,000 in settlement money owed to Gregory Barela, who is a former client. Barela made continued inquiries about the funds to Avenatti, and the attorney allegedly kept the cash for himself. According to the report, he still owes Barela $710,000 but denies any wrongdoing.

Avenatti’s legal woes have compounded. He was supposed to travel to New York on Tuesday night for his criminal trial over his alleged plot to extort $25 million from sports apparel giant Nike.

Nike Stays Woke: ‘For Once, Don’t Do It’