Metro train operator in critical condition after getting shot; police search for gunman 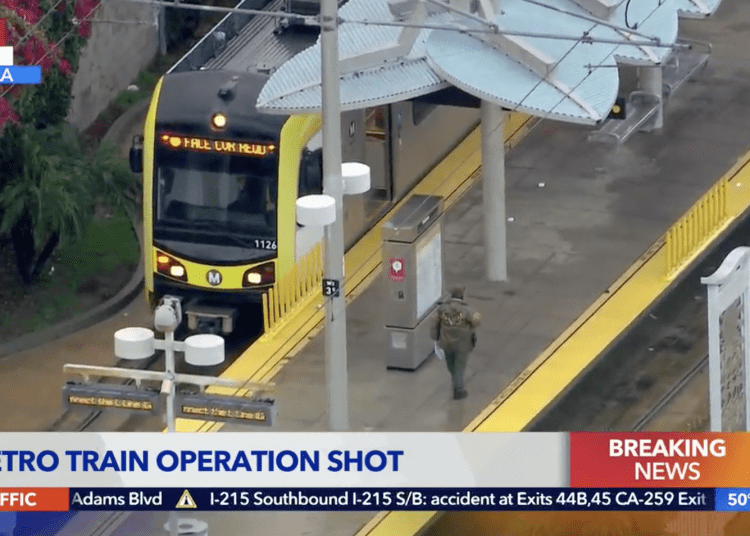 LOS ANGELES — Law enforcement authorities in Southern California are searching for a gunman who shot and injured a Metro train operator in East Los Angeles early Friday, according to reports.

The shooting occurred about 4:10 a.m., while the L Line train was at the the Indiana Station, according to a Metro news release.

The train operator was struck twice by the gunfire. He was taken to a hospital in critical condition. A later update reportedly has him to be in serious but stable condition, according to Los Angeles County Sheriff’s Department officials.

“This was a brazen act of violence against a defenseless Metro operator,” the release stated.

The shooting took place from the station’s platform, according to Metro. Sky5 video over the scene shortly after 7 a.m. showed at least two evidence markers just outside the train’s open doors, KTLA reported.

Metro Security, the Sheriff’s Department and the Los Angeles Police Department are all investigating and searching for the shooter.

Authorities have not released any further details about the incident, including a motive or a suspect description if one is known.

Following the shooting, officials shut down Metro’s Indiana Station, located on Indiana Street between First and Third streets, because of the investigation.

L LINE (GOLD): No train service between Soto and Maravilla due to police activity at Indiana Station. Use Line 30 for alternate service . pic.twitter.com/I5TMOGSBrs