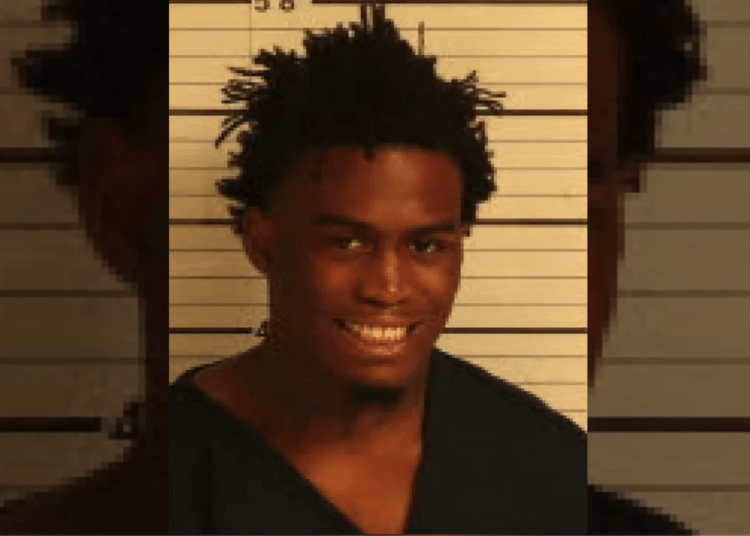 Ezekiel Kelly is accused of going on a shooting rampage and killing four people in Memphis on Wednesday. (Memphis Police Department)

MEMPHIS, Tenn. – The Memphis Police Department arrested a man who is accused of gunning down and killing four people and injuring at least three others in a rampage that was partially livestreamed on Facebook Wednesday afternoon.

The suspect was identified as 19-year-old Ezekiel Kelly. In addition to the murders, he is also accused of two armed carjackings that occurred as he tried to flee from police. The trail of horror was spread across at least eight different crime scenes.

Kelly was taken into custody Wednesday evening during a major manhunt following the string of crimes that were reportedly livestreamed on Facebook, Fox News reported.

The suspect was arrested after crashing a stolen car near the area of Ivan Road and Hodge Road, police confirmed with the news outlet.

Kelly has a multitude of charges pending from the day of carnage. According to Memphis Mayor Jim Strickland, the suspect has tried to kill before.

Strickland revealed during a press conference that Kelly was charged with attempted first-degree murder but pleaded guilty to a downgraded aggravated assault charge in April 2021. Despite being sentenced to three years in prison, he was released in March 2022 after serving merely 11 months of his sentence, an all too frequent occurrence in our contemporary system of justice.

“If Mr. Kelly served his full three-year sentence, he would still be in prison today and four of our fellow citizens would still be alive,” Strickland said.

“These evil actions show why truth in sentencing is a must, and we should do all we can to make our city safe,” Strickland continued. “We must unite around this principle and stand up to the challenge of violent crime in our city.”

According to law enforcement authorities, Kelly’s first suspected homicide occurred early Wednesday morning, when a male victim was found dead at a shooting scene after midnight.

The suspect’s shooting rampage kicked into high gear about 4:30 p.m. on Wednesday afternoon, when a man was found dead in his vehicle from gunshot wounds at a local gas station. A female victim was critically wounded in a separate shooting minutes later.

Kelly reportedly filmed himself walking into an AutoZone at about 6:00 p.m. Wednesday evening and shooting a man in the store. The critically wounded victim was transported to a local hospital, according to Fox.

As the carnage spread, the Memphis Police Department released an image of Kelly, and said he was driving a Nissan or Infiniti with a red dealer tag and busted rear window.

Moreover, police officials urged residents in the area to shelter in place after 7:20 p.m. due to the shooting rampage.

Sadly, the suspect wasn’t finished. Shortly before 9:00 p.m., a female victim with multiple gunshot wounds was found dead by officers. Within minutes, police learned of a carjacking where the victim was not injured.

Police found the vehicle and a pursuit took place. Finally, officers took Kelley into custody without further incident after he reportedly crashed, according to Fox.

Law enforcement authorities did not immediately release further details of other crimes as the investigation of the trail of blood was in the preliminary stages Wednesday evening.

The crime spree occurred as the city is still reeling due to the kidnapping and murder of Eliza Fletcher.

Fletcher, a wife and mother of two young children, was snatched from the street while she was out for an early morning run near the University of Memphis last Friday.

Cleotha Henderson, 38, is charged with first-degree murder and kidnapping in a case that captured the nation’s attention.