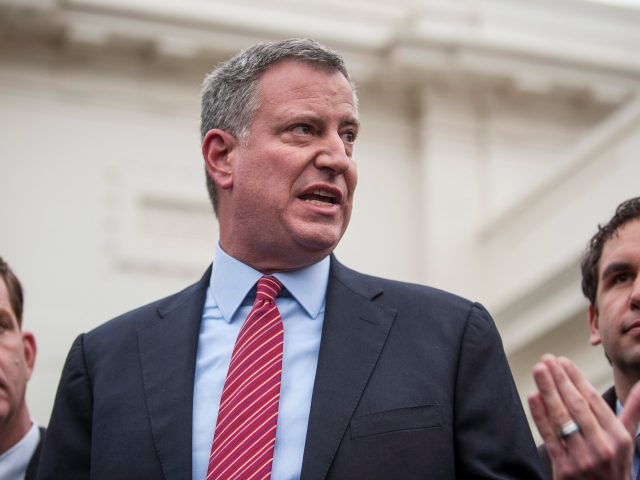 NEW YORK — New York City Mayor Bill de Blasio misused police resources on his security detail to assist in his daughter’s move out of Brooklyn, as well as to transport campaign staff during his presidential bid, a new report released Thursday by the city’s Department of Investigation (DOI) says.

The DOI report says the Democratic mayor misused police resources by directing members of his Executive Protection Unit (EPU) to help move his daughter, Chiara de Blasio, out of her apartment in Brooklyn in 2018. During the move, NYPD personnel were tasked with carrying furniture and an NYPD van transported her personal belongings to the governor’s mansion, Fox News reported.

The investigative report also says EPU detectives drove the mayor’s son, Dante de Blasio, to locations around New York City without his father or mother, typically at the direction of their EPU superiors, as well as to or from Yale University in Connecticut on multiple occasions.

“Although it is the position of the NYPD Intelligence Bureau that both de Blasio children should have full-time protection, both children declined an assigned detail as adults,” the 49-page report says.

Neither the mayor nor his campaign have reimbursed the City of New York approximately $319,794 for members of de Blasio’s security detail to travel during his failed presidential bid, according to DOI.

The report outlines occasions during the campaign trips that EPU members shuttled de Blasio’s campaign staffers with the mayor.

Consequently, both circumstances reflect a use of NYPD resources for political purposes, according to the DOI.

The security detail has also been conducting frequent security checks at houses owned by the mayor in Brooklyn for about one year. These are homes that neither he nor his family members currently reside, Fox reported.

In a strongly worded notation, the NYPD inspector in charge of the First Family’s security detail “actively obstructed and sought to thwart this investigation, frustrating DOI’s efforts to learn the full facts regarding these allegations,” the report says.

De Blasio’s office told Fox News Digital that the DOI report ignores “the very real threat assessment and concern” against the mayor and his family.