'The Marine Corps taught me not to [mess] around' 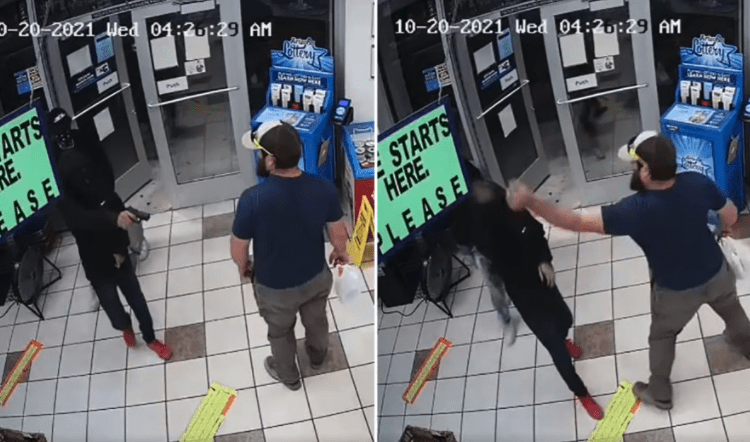 YUMA COUNTY, Ariz. — A USMC veteran in Arizona was seen on video snatching a weapon from a gun-wielding suspect who was trying rob a gas station early Wednesday morning.

The crime occurred about 4:30 a.m. inside the convenience store at a Chevron gas station, according to the Yuma County Sheriff’s Office.

The law enforcement agency released security footage from inside the store that shows three suspects entering the Chevron, with one suspect brandishing a handgun.

The armed suspect walks next to the only customer in the store while pointing the firearm toward the cashier, according to the 8-second video clip. The customer takes immediate action and disarms the thug and the co-conspirators quickly scramble out of the store and flee.

Responding deputies said the customer is a Marine Corps veteran. He not only disarmed the suspect, but  detained the miscreant until the sheriff’s office arrived.

When deputies asked the customer how he was able to take control in the face of danger, he said, “The Marine Corps taught me not to [mess] around,” Fox News reported.

No suspects or victims were injured. The sheriff’s office did not immediately release the name of the Marine veteran.

The suspect was booked at the Yuma County Juvenile Justice Center on one count of armed robbery and aggravated assault.

As the investigation continues, investigators are seeking the additoinal suspects who fled the scene when the gun-toting suspect was disarmed.