Chief Colin McAllister referred to the murder as “horrific and gruesome.” 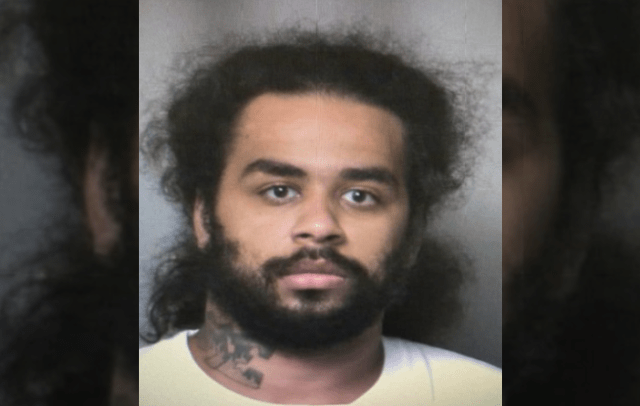 NAUGATUCK, Ct. – Law enforcement authorities are engaged in a manhunt for a Connecticut man who is accused of murdering and dismembering his own 11-month-old daughter, and the FBI has increased its reward to $25,000 for his capture.

Christopher Francisquini, 31, is identified as the alleged killer of his infant daughter at his home on Millville Avenue in Naugatuck, Connecticut, on Nov. 18. Camilla Francisquini was found “in a state of dismemberment” when investigators and first responders entered the residence after a person called 911, Naugatuck Police Chief Colin McAllister previously told reporters.

According to the New Haven FBI Field Office, the child was found with neck compressions and “stabbed to death.” In newly released photos by the federal law enforcement agency, the man’s identifying tattoos are highlighted, including the flaming letters “CME” on his neck, “Milla” on his right hand and a clown on his left hand, Fox News Digital reported.

“Francisquini has ties to New York, Waterbury, and New Haven, Connecticut, where he was last seen on Quinnipiac Ave.,” the Naugatuck Police Department said Tuesday. “He should be considered armed and dangerous and mentally unstable.”

Law enforcement authorities are looking for Christopher Francisquini, left, who is wanted for the brutal killing of his 11-month old daughter Camilla, right. (Naugatuck Police Department)

Francisquini faces charges of murder with special circumstances, which carries a mandatory life sentence without parole if convicted.

Chief McAllister referred to the murder as “horrific and gruesome,” NBC News reported.

The New Haven FBI Field Office told Fox on Tuesday that its investigators continue to “work around the clock with all of our law enforcement partners in the search of Christopher Francisquini.”

Naugatuck is located about 17 miles northwest of New Haven.

Authorities ask anyone with information about his whereabouts to contact Naugatuck police at 203-729-5221 or the confidential tip line at 203-720-1010.