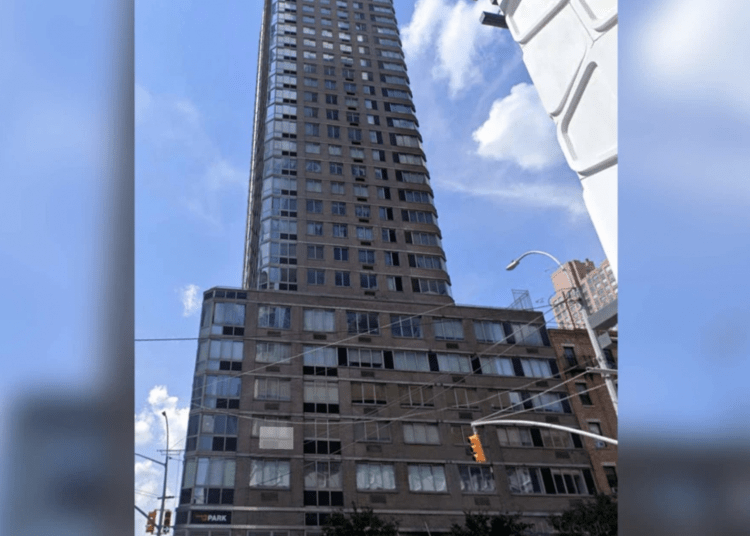 NEW YORK — A 60-year-old Manhattan woman jumped from the roof of her luxury Midtown building while holding her tiny lap dog Friday afternoon, leaving both dead, according to law-enforcement sources.

The woman was not publicly identified. She reportedly just finished her final meal atop the 46-story apartment complex where she lived — The Victory at 561 10th Ave. near 41st Street in Hell’s Kitchen — when she leaped with her little dog, which was a rescue, just before 1 p.m., sources said, according to the New York Post.

The woman scribed a note discussing stress — then walked to the edge and jumped, sources said. Various medications were discovered in her apartment, sources revealed.

Nearby workers were understandably shaken by the scene and wondered why she would take her dog with he, the Post reported.

“Bro, she threw herself out with a dog! With a dog!” exclaimed Mike Olive, 37, who was working construction across the street.