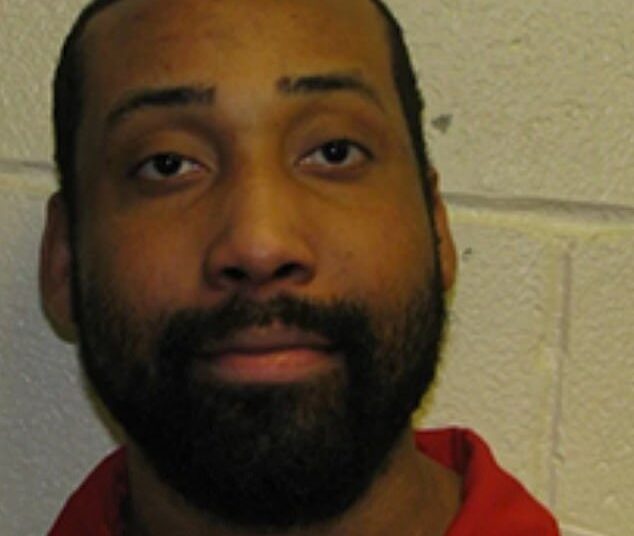 According to the Daily Mail, Jumpp, of Hartford, was scheduled to appear in New Britain Superior Court for two separate run-ins with police in which he faced breach of peace charges when he sent a picture of him holding a phone with an image of a positive result to his lawyers on November 29.

“However, my attorney told me to be on the stand while he talks to you guys, however, I told him if you still want me to come I will, because all due respect, I feel as if [you] may want to raise my bond today which [I] am cool with, but given the fact that my bond [is] already excessive in its amount, I don’t know how much more [you] can raise it up by giving me breach of peace and interfering arrest,” his email read.

Jumpp was excused from attending the hearing by the judge but upon further review of the image, the court noticed that the date was a “different letter size and theme font than the rest of the message.” 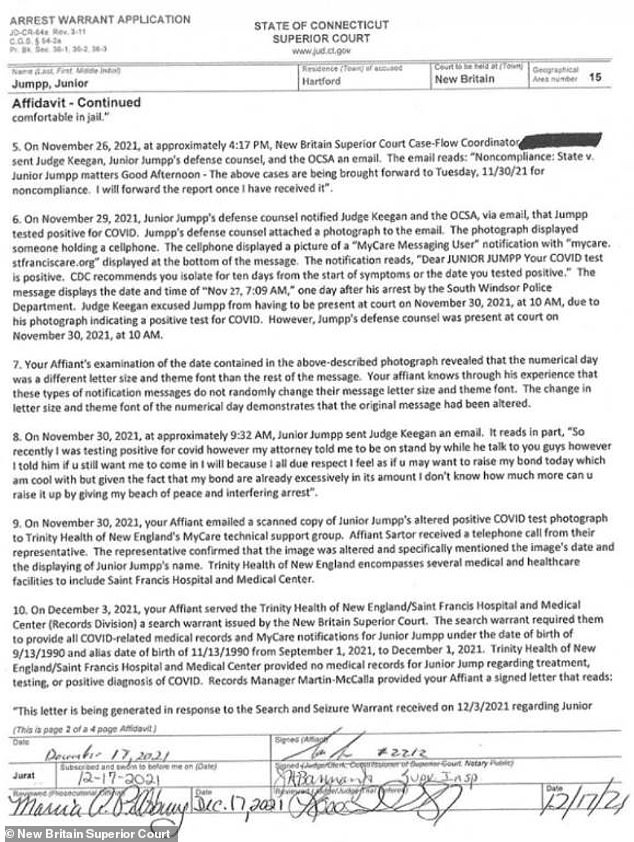 Trinity Health of New England/St. Francis healthcare facility was contacted and a staff member of its MyCare app “confirmed that the image was altered.”

Technical support specifically noted the altered text of the date and Jumpp’s name, which was written in all caps. His name – which appears in their system under Junior L. Jumpp and Junior Jumpp – would only be printed as it is filed, the clinic said.

The medical facility also confirmed that Jumpp had not received any treatment during the dates in question.

Jumpp was charged with with forgery and tampering with physical evidence. He faces one to five years in prison and up to a $5,000 fine if convicted.

Jumpp is being held on a $25,000 bond and has 11 pending cases in New Britain and one in Hartford.