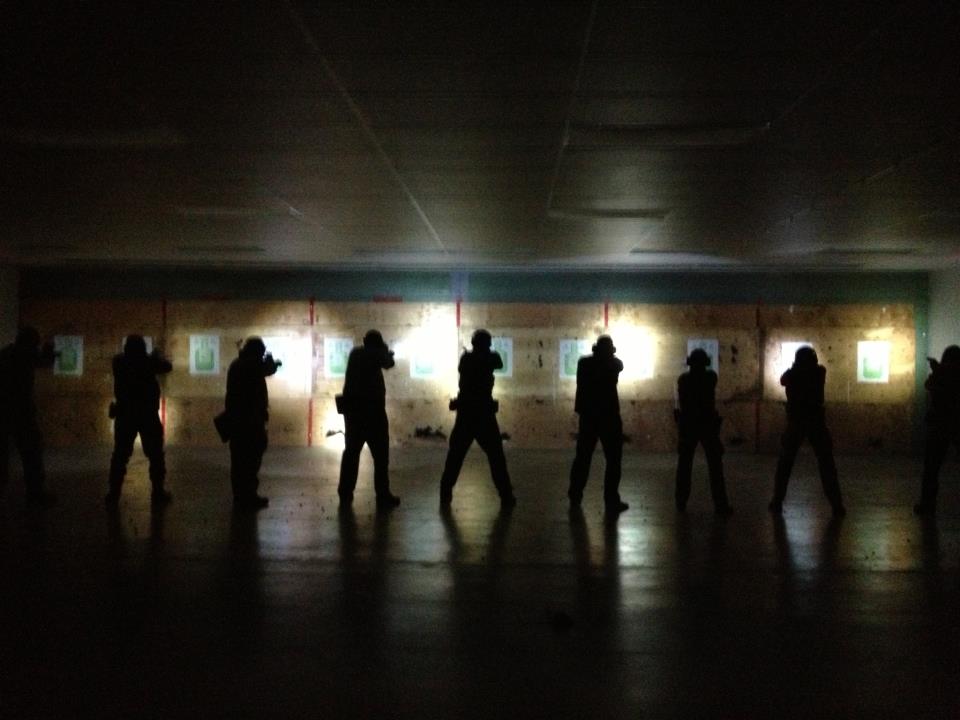 During a recent meeting of Team One Network instructors, more than 20 of us spent time discussing low-light training, which we agreed is a critical but sometimes short-changed component of officer-survival courses. What follows summarizes what we discussed, our conclusions about how to enhance low-light training and current doctrine dealing with weapon-mounted lights.

We discovered many of us have been teaching low-light techniques for years. Most started with the FBI technique (shown above) and then progressed to the Harries (see photo gallery). These days, there are more than eight versions of flashlight techniques with many names, but we agreed that no matter how many techniques you try, you must find the one or two that work best for you and stick with them instead of introducing new techniques every time you train. While instructors must know all of the techniques in order to offer various options to their trainees, those officers must find what works best for them and then practice that technique or techniques until they are proficient. Just like shooting skills, consistency and reinforcement are positive and critical factors in officer-survival training. Officers who survive deadly encounters do so because they fight the way they’ve been trained.

In a recent PoliceOne.com survey, nearly half of the more than 1,100 officers polled worked in agencies that allowed the use of weapon-mounted lights. Here’s our take on these tools: The gun-mounted light enhances an officer’s ability to identify and engage a target if the officer has justification/reason to draw their gun in the first place. A gun-mounted light is not an illumination tool; consider it an element of a law-enforcement weapons system.

With that in mind, we strongly recommend that officers who install lights designed to mount on a pistol purchase a holster to accommodate the pistol with the light attached. (The PoliceOne.com poll found that roughly 40 percent of the officers polled who used a weapons-mounted light carried a holster that allowed the light to remain on the handgun.) Many manufacturers make such duty holsters.

We don’t contradict manufacturer’s policies always verify the weapon is unloaded before you attempt to mount or remove a light. Installing a light on the gun requires fine motor skills. Attempting to do this with the gun loaded could cause the officer to laser themselves, or worse, have an involuntary reflex action and subsequent negligent discharge.

Furthermore, we also strongly believe it’s impractical and unsafe if you must draw your weapon but then have to unload it in order to install the tactical light. And finally, such holsters address the issue of reholstering as well being forced to remove your light before holstering hinders your ability to promptly de-escalate a situation and may force you to handle a loaded weapon in a dangerous manner.

In addition, the justification for drawing and pointing the firearm should not change simply because the officer has a light on the firearm. Officers must still carry both a primary flashlight and a secondary flashlight even if they have a weapon-mounted light, because the time spent using a light as an operational tool far exceeds the time spent firing a weapon with a light. Indeed, similar doctrine has addressed for many years lights mounted on long guns. Having these lights eliminates any concern the officer would have to draw his gun to be able to employ a light.

Officers should also check their firearm for proper operation with a gun-mounted light attached prior to any deployment. In some cases, the additional weight has affected firearm performance, and adding a light may also affect the firearm’s handling characteristics if you don’t train with it attached.

Most police shootings occur at night. Many officers working nightshift spend a high percentage of their working hours in the dark, and many officers who work dayshift may find themselves searching dimly lit buildings during the middle of the day. But with adequate, realistic training, an additional light will increase the officer’s ability to handle difficult, low-light situations.

Instructors should strive to provide realistic training scenarios that give students experience they can use in the field. The bottom line: Gun-mounted lights will aid identification and enhance the officer’s tactical ability, which in turn will increase the safety of officers and the public they serve.

How do you teach those survival skills? Below, I’ve listed some low-light training non-shooting drills that will help your officers learn how to make light an ally through guided discovery. By giving students a scenario putting them in the middle of a situation the officers get practical experience while discovering on their own what works best for them. The key: Instruct the officers to observe the effects of light from numerous perspectives so they learn how to make effective use of light under real-world conditions.

Position one half of the students inside the classroom looking out a window, and the other half outside.

Learning objective: If you are in a darker environment than your adversaries, it’s harder for them to see you than vice versa.

Students should observe what the officer looks like in the car:

Learning objective: It doesn’t take much to light you up, but light shining in your adversary’s eyes will make a huge difference in what they can see and how they react.

Students take turns searching and observing inside a room. During the search, students should be able to identify guns and other items.

Learning objective: The students should learn how to observe, how to use light intermittently, how to move and how to search for cover, and they should learn the pros and cons of these different techniques.

I learned these drills from sniper-instructor schools. Students must identify objects and colors under time and illumination pressures. They must identify objects held by the instructor from 15 20 yards by using a flash or paint technique from behind cover. We use the 15 20 yard range because it’s the maximum effective range for most tactical flashlights. Team One Instructor John Zamrok says, “You can’t outshoot your light,” which means you must always be able to identify your target. Students should make IDs from the following positions:

Learning objective: The students should learn how difficult it is to identify objects and colors under stress without proper light, and how additional light sources and the use of angles make the situation easier.

John T. Meyer Jr. is president of Team One Network, LLC, a company established to test, evaluate, train and market various manufacturers’ officer survival-related products. Meyer spent 15 years with Heckler & Koch, Inc., and was a lieutenant with the DOD Police, where he served as a special reaction team leader. He is vice president of the International Association of Law Enforcement Firearms Instructors, a member of the Policeone.com advisory board and the Police One Training Network, and a member of the American Society of Law Enforcement Trainers Firearms Committee.