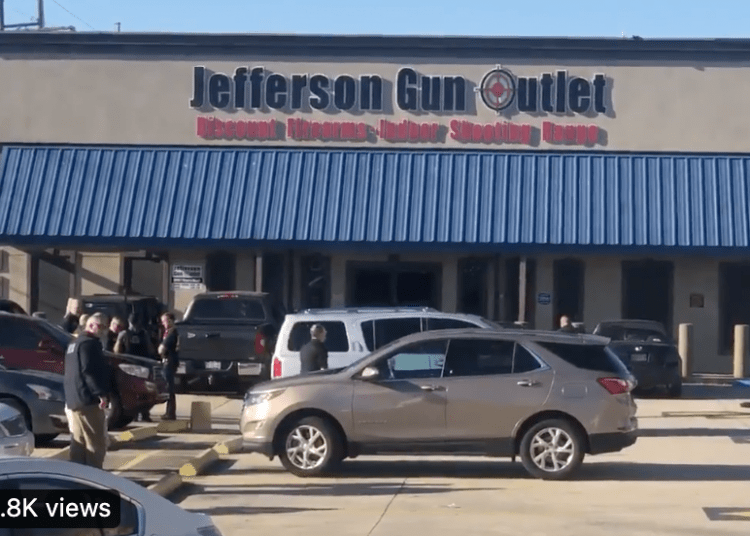 JEFFERSON PARISH, La. — Police in Louisiana have responded to a shooting with ‘multiple deaths’ at a gun shop in Metarie, La., according to reports.

A gunman reportedly opened fire at the Jefferson Gun Outlet Saturday afternoon, and a source told WDSU that some innocent bystanders were shot.

Sources say that a man entered the gun outlet with a loaded, unholstered firearm.

Sources said the suspect got into an argument with a clerk who told him he should not have a loaded gun until he got inside the range, Daily Mail reported.

Shots were fired during the argument when at least two customers on the range engaged the man, sources told WDSU.

The man was shot, but also fired back at the two customers who were also injured, according to the sources.

Police sources told the outlet that people on the range engaged the shooter to try and keep others safe.

A reporter for the New Orleans Advocate reported seeing two separate “shields” set up in the parking lot, which are ‘typically used to block bodies from view.’

“Near these shields there is a handgun with an extended magazine on the ground,” Ramon Antonio Vargas tweeted.

Near these shields there is a handgun with an extended magazine on the ground. https://t.co/oeQNOGVsge

The shooting occurred on the 6900 block of Airline Drive in Metairie.

The scene remains active. There is an update below.

Here at the scene of where JPSO says multiple shootings just took place here at the Jefferson Gun Outlet. At least one dead. We are working to find out details on the situation. Watch @wdsu at 5P. pic.twitter.com/jkLpj55pee

Armed bystanders stopped the mass shooting that left three people dead, including the suspect, and two injured down the road from the Louis Armstrong New Orleans International Airport Saturday afternoon, according to the Jefferson Parish Sheriff’s Office.

“Arriving deputies located several victims suffering from gunshot wounds,” the sheriff said in a statement. “Three individuals were pronounced dead on the scene, and two more were transported to a local hospital for treatment. The two transported victims are in stable condition.”

“At this time, it appears a suspect shot two victims inside the location, then was engaged and shot outside the location by multiple other individuals,” the sheriff’s statement continued. “The suspect is one of the deceased on scene.”

The Bureau of Alcohol, Tobacco, Firearms and Explosives’ New Orleans office said it was sending special agents to assist local deputies with the investigation.

BREAKING: .@ATFNewOrleans has Special Agents on the scene of a shooting at a store in Metairie, LA. Agents are assisting and working with the Jefferson Parish Sheriff’s Office. Follow our partner .@JeffParishSO for updates. pic.twitter.com/7ZfWu889uV

UPDATE: The suspect and victims were identified. … Employees and customers returned fire and “eliminated the threat.” Read more.