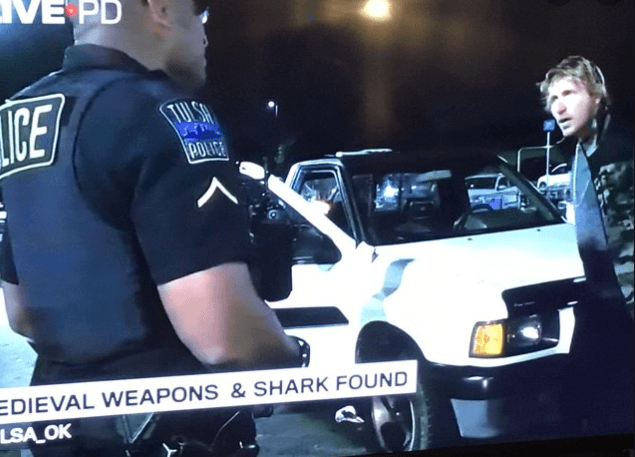 Something very strange is happening in Tulsa, Oklahoma.  The reality show, Live PD, is being attacked by a few residents for “abusing people in poverty” and showing citizens at their lowest.

City Councilor Kara Joy McKee compared the show to “gladiator sports” and others have called the show racist.

The local paper has advocated that Tulsa Mayor G.T. Bynum remove the show saying that police work should not be used as “entertainment value” as if every news outlet doesn’t capitalize on the entertainment aspect of literally everything.

In light of the popularity of the hit show, the argument is odd but I certainly believe everyone has the right to their opinion but an opinion alone should not be the sole reason to remove what many say shows reality in police work.

Mayor Bynum has placed his support behind Live PD saying that he does not “view ‘LivePD’ from an entertainment standpoint. If it were about entertainment, I wouldn’t be supportive of it. I view it as a way for Tulsans to see what our officers are doing out in the field every day and judge for themselves.”

This is where Live PD becomes dangerous.

Many that are upset about Live PD share constant video on law enforcement and some even use video that they take to build their brand or media company. But the difference in Live PD and other entities is that in many cases, police video is shown with a narrative. From the media to individuals, what they believe is right or wrong is often placed along side the video.

Live PD does not do this.

What you see is unedited, live (almost) and raw video of police interactions with the community and as I have said for years in my seminars, law enforcement is more professional than ever before and that is why Live PD is so dangerous to some.

After all, if your mission every morning is to talk about bad cops and Live PD doesn’t fit that narrative, it must go.

Keep in mind, none of those that want Live PD off the air are saying the same thing about First 48 and that shows murder investigations! So, if they are worried about the reputation of the city, as some have suggested, that is hard to understand.

The truth is, we should be producing and releasing more video rather than waiting for requests from the media. Rarely, are videos being asked for that show the day to day professionalism of law enforcement.  What is requested is typically a use of force incident and we know exactly what narrative goes along with that.

So we say this.  If Live PD is dangerous, every law enforcement agency should make their own Live PD and show the public the realities of law enforcement and to do that, simply release video daily along with a wide variety of citizen contacts.

Video technology has saved our profession from the multitude of liars and we must use it more. Live PD has been fantastic for us because it shows real encounters and lets the audience decide what they think rather than a so called media expert or someone with a criminal justice degree from social media and it is for that reason we need more video and not less.