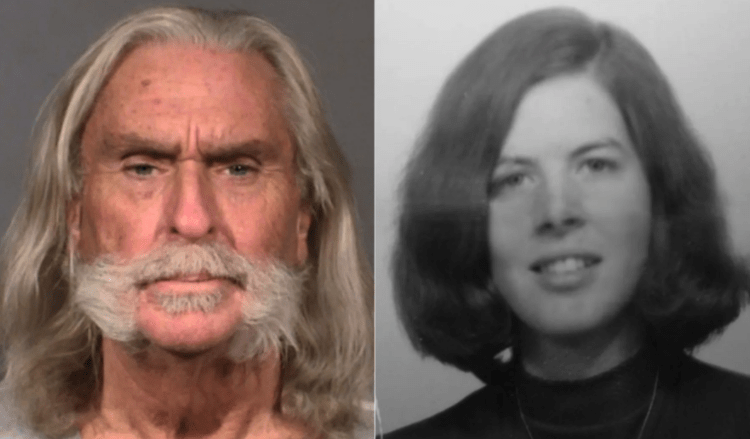 Carlin Cornett, 68, was arrested on Sept. 14 in connection with the 1974 murder of Christy Ellen Bryant in San Diego County. (LVMPD/NCPD)

SAN DIEGO — A Las Vegas man was taken into custody last week as he’s been accused of murdering a store clerk in Southern California 47 years ago, according to reports.

Twenty-two-year old Christy Ellen Bryant was fatally stabbed in July 1974 while working an early morning shift at a 7-Eleven in National City, which is in San Diego County, FOX 5 San Diego reported.

The young woman had moved to San Diego in 1971 because she was serving in the U.S. Marine Corps. She separated from the service after getting injured in an auto collision, according to the station.

Now, more than 47 years after the homicide, Carlin Edward Cornett, 68, was arrested at his home in Las Vegas on Sept. 14, FOX 5 Las Vegas reported.

After being taken into custody by LVMPD and the FBI, Cornett was booked into Las Vegas Detention Center and will be extradited to San Diego, according to the National City Police Department.

The San Diego County DA’s Office confirmed this was the third cold case solved in their jurisdiction as a result of a cold case grant, yet it’s the first in which the suspect was still alive.

“We are committed to solving cold case homicides and prosecuting killers in collaboration with our law enforcement partners,” San Diego County District Attorney Summer Stephan said in a statement. “Pursuing justice for families who lost their loved ones to violence is a priority for us no matter how many years have gone by. We never give up and continuously use the latest in crime scene investigation techniques to hold criminals accountable.”

Holly Bryant, one of Christy Bryant’s two sisters, said she believes the man should face justice despite the lapse in time.

“I do want him to pay for what he did and I hope his family can accept it as well,” she said.

Although DNA was collected at the murder scene in 1974, technology wasn’t advanced enough to analyze it. During the investigation, detectives exhausted all leads and the case went cold.

However, in 2008 a blood sample was submitted to the San Diego Sheriff’s Crime Laboratory for analysis. It was subsequently added to the Combined DNA Index System where it was routinely cross-referenced for matches, FOX reported.

Over the next few years, the California Department of Justice’s Bureau of Forensic Services did familial DNA searches. Finally, with the help of the National City Police Department and the San Diego County District Attorney’s Office – Cold Case Homicide Unit, Cornett was eventually identified as the murder suspect.