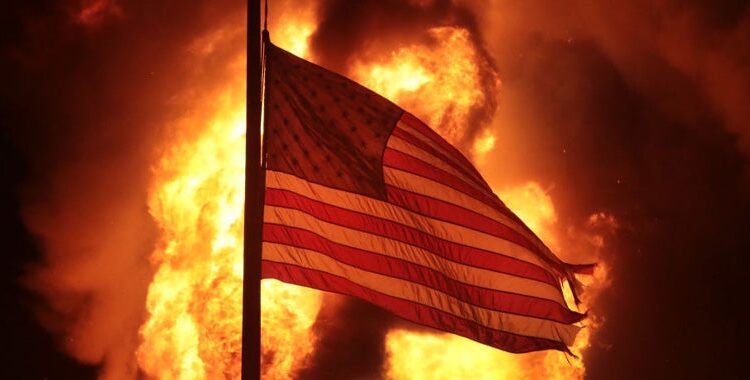 As the facts and evidence have been revealed in the Kyle Rittenhouse trial this week, it has become clear that America is being inhabited by two very different forces. Those that seek truth and those that seek lies in order to disrupt and destroy the country.

The Rittenhouse incident and subsequent trial is a tipping point in those two “Americas” and where our country and it’s citizens go from here could very well determine our future. Granted, the evil and sickening display by the media, politicians and left wing activists since August 25, 2020, has been nothing new but if anything it is growing worse and deepening a divide in this country that will break all of us if the good do not stand up to it.

While it should not have taken a live broadcast trial to see what has happened to Kyle Rittenhouse and just about anyone that dared to speak up for him, the trial has been overwhelmingly convincing at the wrongs that have been committed by so many perpetrators.

We can only imagine what would have happened if the events in Kenosha weren’t captured on video and while the F.B.I. hid their high definition video from the defense, what has happened to Kyle Rittenhouse should make every true American shudder in fear.

Well, just about anyone on the wrong side of the political aisle.

What has been mostly forgotten is the millions of dollars in destruction and the countless assaults that occurred in Kenosha days after a police officer justifiably shot an armed man. That incident gave a vacation to the NBA and the MLB and they have never apologized for their lies.

Neither will anyone else.

None of those destroying that city were brought to justice but Kyle Rittenhouse was.

That justice will come to a conclusion in the coming days and he will be acquitted but the damage that the media, wacko activists and our politicians have and will continue to do should be the real crime.

President Biden suggested that Kyle Rittenhouse was a white supremacist. Multiple mainstream media outlets called him a terrorist and even as the facts have emerged in the trial, those same media outlets including social media have rushed to hide these facts from the American people.

As the trial began, Facebook blocked the search term “Kyle Rittenhouse.” While they said it was because he was a mass shooter, the truth is they do not want the same audience, that have been made to believe he is a domestic terrorist, to then be exposed to the abhorrent lies and deceptions all of that is.

Telling the truth, it seems, will get in the way of the agenda.

You will see exactly what that agenda is in the coming weeks as riots and protests break out across the country because a “white supremacist” got away with murder because of a “racist” jury, prosecutor and judge and don’t forget to throw “systematic racism” on the pile.

Just like fake news and our political elite destroyed Kenosha, it intends to destroy everything we value in America.

When you stand up against it, you will also be called a white supremacist and a terrorist. If you don’t believe us, ask school parents around the country and listen to our very own Department of Justice.

Indeed, we must stand because if we don’t, this will not be America much longer.