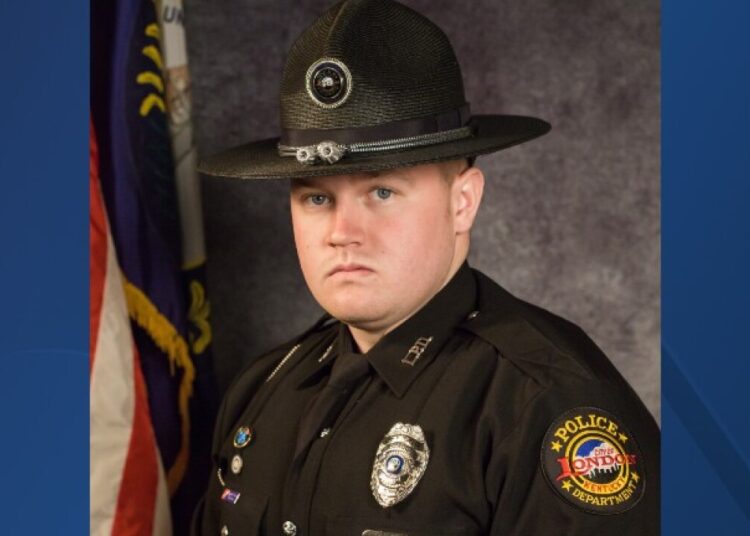 Officer Logan Medlock, 26, was identified as the fallen officer by officials. Medlock was a three year officer with the London Police Department. He started his career at the Laurel County Detention Center.

Medlock leaves behind a wife and a five-year-old son.

“We’re in just a horrible time of shock and disbelief. A great loss for this community we’ll never forget.”

The Kentucky State Police announced that 36-year-old Casey Byrd, is being charged with driving under the influence and murder of a police officer.

Byrd is being held in the Laurel County Detention Center.

Share and speak up for justice, law & order...
Tags: kentuckyOfficer Down