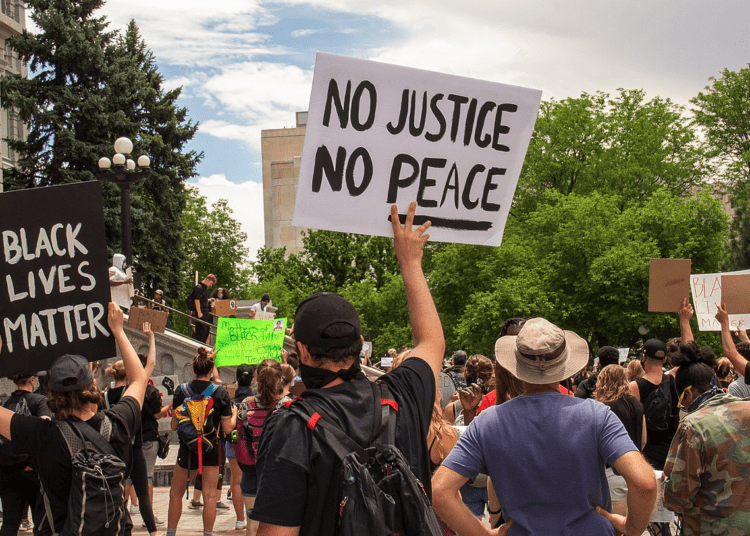 DENVER – A federal jury awarded $14 million in compensatory and punitive damages on Friday to 12 protesters who were injured by officers of the Denver Police Department during 2020 civil unrest following the death of George Floyd, according to court documents.

The 12 protesters claimed in the lawsuit that they were seriously injured when police officers deployed pepper-sprayed and tossed flashbangs at their heads, along with teargassing them, thus violating their First and Fourth Amendment rights, the court document says.

Moreover, one protester suffered a fractured skull and bleeding in the brain, the document says.

The jury deliberated for about five hours, and ultimately concluded that Denver police violated the protesters rights based upon their response, court papers say, according to KEYT.

The City and County of Denver were defendants in the lawsuit along with Jonathan Christian, a police officer during the 2020 protests, the news outlet reported.

It’s noteworthy that Christian must directly pay $250,000 to protester Elisabeth Epps, who alleged the officer “shot” her.

Christian acknowledged in court firing a pepper ball at Epps, but disputed whether it actually hit her, according to The Denver Gazette, citing court documents.

Following the verdict, both the City and County of Denver told CNN in a statement that they weren’t fully prepared for what transpired during the “unprecedented” protests, KEYT reported.

“Unfortunately, Denver Police Department officers and other law enforcement officers responding to assist encountered extreme destructive behavior from some agitators among largely peaceful protestors. We recognize that some mistakes were made,” the statement said.

“Based upon what we have learned, we have made specific changes to how the Police Department will respond if protests erupt in violence in the future, and those changes were being implemented prior to any litigation.”

Defendant attorneys did not immediately respond to media requests for comment.