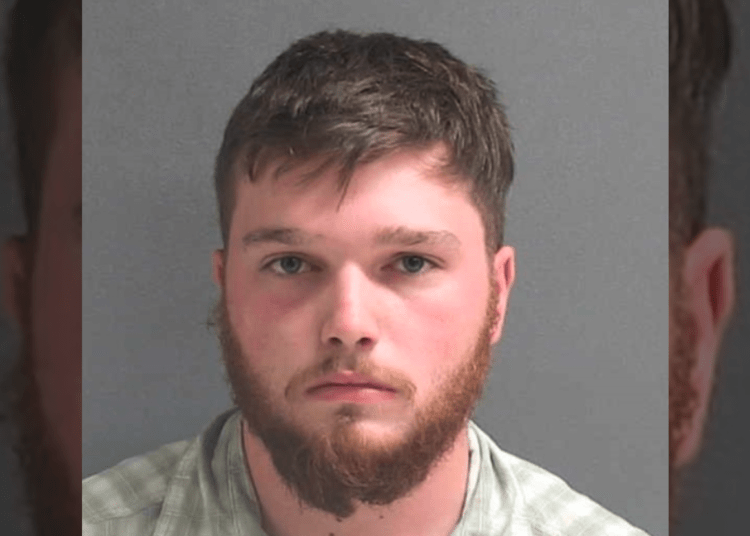 DAYTONA BEACH, Fla. — A student at Embry-Riddle Aeronautical University reportedly planned to open fire on campus during the final day of class before winter break. His plans were foiled by fellow students who notified authorities, according to the Daytona Beach Police Department.

John Hagins, 19, began online chatter about shooting up the school after his grades began slipping and during an ongoing investigation into whether he sexually assaulted a woman, according to a witness in the charging affidavit, Law & Crime reported.

Daytona Beach Police Chief Jakari Young told reporters on Thursday that his first thoughts were of the recent mass shooting at Oxford High School in Michigan that left four dead and seven wounded.

However, Hagins apparently had his thoughts on Colorado as he reportedly referenced the 1999 mass shooting at Columbine High School, Young said.

“He said once he was done at that firing range, he was going to campus to enact a Columbine,” he said.

According to Young, the investigation revealed that Hagins wrote on a Snapchat group message that he planned to leave his apartment, was going to a gun range for practice, and then go to the university.

As a result of the online dialogue, two students reported the comments to campus safety, who in turn notified the police department.

Daytona Beach police officers responded and established a perimeter at Hagins’s residence at the Andros Isles apartments. They detained him when he exited his unit, the chief said.

Upon further investigation, police discovered a collapsible rifle and several boxes of ammunition in his backpack, Young confirmed.

The last day of class before winter break at Embrey-Riddle was Thursday, the chief said. Consequently, the campus would be packed with students for finals.

“This was all in his plan,” he said. “By the grace of God, those two students came forward and thwarted that plan.”

The chief said that Hagins confessed, according to Law & Crime.

Hagins was booked on the charge of “first-degree felony to further terrorism” at the Volusia County Jail where he remains without bond.

Meanwhile, a high school student in North Carolina was arrested on Wednesday after it was discovered he was carrying an AK-47 with a loaded magazine on a school bus, Law Officer reported.

The school bus driver said the student smelled like marijuana. A subsequent search of the student’s backpack by a school resource officer revealed the rifle, ammunition and some weed.

Florida officer ‘critical’ after gunshot wound to the head; police looking for ‘coward’ on the run