Ellen Gilland faces one count of first-degree premeditated murder and three counts of aggravated assault with a deadly weapon. 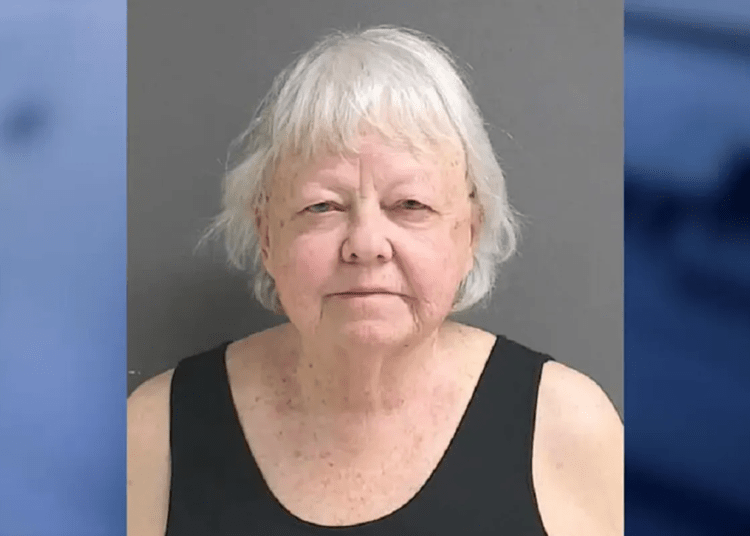 DAYTONA BEACH, FLA. – A Florida woman who reportedly shot and killed her terminally ill husband and then engaged in a three hour standoff with police inside a Daytona Beach hospital Saturday made her first court appearance Sunday and was denied bond.

Ellen Gilland, 76, of New Smyrna faces one count of first-degree premeditated murder and three counts of aggravated assault with a deadly weapon, according to Volusia County Jail records. No family or friends appeared in court on her behalf, FOX 35 Orlando reported.

Gilland did not say much during her court appearance. She was read the charges and simply answered the judge’s questions before being escorted out of court, according to FOX.

Gilland fired a single shot that killed her husband, Jerry GIlland, 77, police said. She then refused to leave his room on the 11th floor, which led to a lockdown at the hospital as hostage negotiators tried to get her to surrender.

Finally, after a standoff that lasted several hours, police entered the room while deploying a flashbang and Taser in order to take the woman into custody.

“Apparently because he was terminally ill, they had a conversation about it, and they actually planned this approximately three weeks ago that if he continued to take a turn for the worst that he wanted her to end this,” Daytona Beach Police Chief Jakari Young said during a press conference, FOX reported. “Obviously, we’re unsure how she brought that gun into the hospital, but this was planned.”

DAYTONA BEACH, Fla. – A woman in Florida fatally shot her terminally ill husband at a Daytona Beach hospital Saturday and then refused to leave his room for several hours, law enforcement authorities said.

The Daytona Beach Police Department confirmed the shooting occurred about noon at AdventHealth. After the woman reportedly shot and killed her husband, police were engaged in an hourslong standoff with the woman, reported the New York Post.

Law enforcement personnel and medical staff evacuated nearby patients, although they did not view the shooter as a threat to anyone else. Officers negotiated with the woman until she finally surrendered around 3 p.m., officials said.

** UPDATE: Female was taken into custody after surrendering just after 3 p.m. ** https://t.co/PD02v3DAa8

“No one else has been injured” during the incident, police said.

The identity of the woman and her husband were not immediately released, but police referred to her as an “elderly female.”