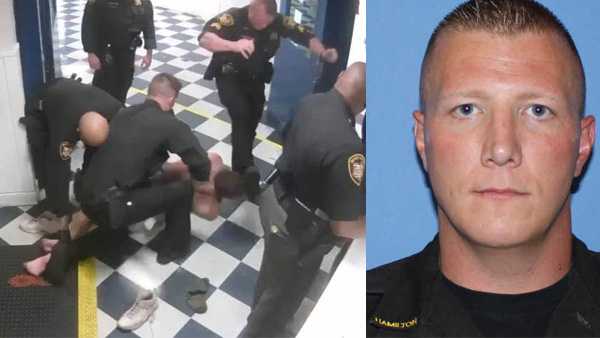 Cincinnati, Ohio – A former Hamilton County sheriff’s sergeant has been found not guilty after he kicked a handcuffed inmate in the head when the inmate bit his foot. Fox 19 reported that Jesse Franklin, 39, was found not guilty Friday on charges of misdemeanor assault. The ruling came from a bench trial conducted by Judge Bernie Bouchard.

“The use of force by Sgt. Franklin in this particular situation did not rise to the level of a crime,” the judge said.

“The case was a travesty from the start and he never should have been indicted,” Allen said.

Cincinnati city prosecutors asked the judge to dismiss the assault charge last summer after they were unable to find an expert witness for the state.

“As Sheriff of Hamilton County,” Neil said at the time, “I am outraged and shocked by this egregious conduct. These actions are inconsistent with our training and will not be tolerated under my watch.”

According to Hamilton County Prosecutor Joe Deters, Ballachino was arrested for disorderly conduct while intoxicated and obstructing official business and taken to the county jail on June 9, 2020.

When deputies and Ballachino arrived, he “became combative” with the officers trying to process him, Deters said.

While the officers were trying to subdue him, Ballachino bit Franklin’s left foot, according to Deters.

Video from the Hamilton County Justice Center shows Franklin immediately kicking Ballachino one time in the head after he bit him, Deters said.

Franklin faced up to six months in jail if he was convicted.