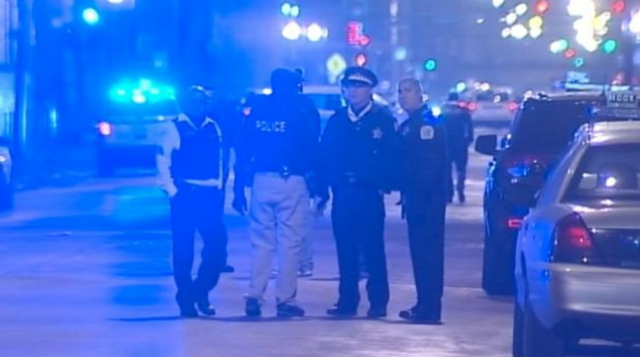 by Robert Weisskopf
in Article, Exclusive
257 3
0

Jargon: A special form of slang where special words or expressions are used by a particular profession and are difficult for others to understand.

All police departments have jargon, slang, or colloquialisms that are common to their area or department. While they are not often authorized or accepted by the departments, they are used by the officers among themselves.

In many cases, it is simply a shorthand version that conveys a message quickly. On Chicago Police reports there was a box to check marked HBD. It stood for Has Been Drinking and was used to describe the victim or offender. Eventually, it also was used as shorthand for He Be Dead. While never acceptable in a report or court it was used in conversations between officers.

Departments across the country have their own words for the same items. Chicago officers wear a star on their shirt, not a badge or shield. When talking about it with other officers it may be referred to as their button, an example is “I showed him my button.” In parts of Iowa showing your button while off duty is known as Roast Beefing. In the NYC area, police have shields but firemen carry badges.

When officers make an arrest in Chicago, they may say over the radio they are going in with one head.   Later they say they made a pinch. NYPD might say they have 1 Under when they make a collar.

NYPD calls for a bus when they need an ambulance, possibly for a Likely, meaning someone likely to die.

Rookie coppers might be told to get some shine on your pants when they’re very new to the job. Uniform pants get shiny as they wear.

In Chicago, if you listen to the radio you might hear the dispatcher (Squad) tell an officer to get on the horn and call the Ivory Tower. The officer might respond, Bell or Pax? The dispatcher just told him to call headquarters and the officer asked if he should call on the regular phone lines or the Police Auxiliary phone lines. CPD has a stand-alone phone system that ensures that outsiders can’t call and get confidential information.

During a tour of duty, one officer might meet door to door or code 69, and one might ask “You stopping?”, wondering if the other officer would stop for a drink after work. They often would unless one of them was making collars for dollars, meaning they liked to make late arrests, which would lead to overtime.

Where the officers stop for a drink might depend on if they are looking for stargazers, badge bunnies, holster dollies, all terms for police groupies who liked to party and hang out with officers.

More official jargon that gets carried over into regular conversation are police codes. They vary significantly by department. For instance, Chicago uses a code for jobs that don’t require paperwork. The number denotes the type of assignment and the letter the police response. An example might be a 1-Frank, Domestic Disturbance – Peace Restored. Your partner might ask about the spat you had with your significant other and you might respond 1-Frank. 19-Paul is short for other police assignment – other police response. This created the verse “ Ain’t no crime big or small that can’t be handled with a 19-Paul.”

Throughout the country where codes are used, they get shortened and manipulated into jargon. In Delaware, a drunk is often referred to as a double 7 short for the code for the DUI section. In Maryland, if you crash your car you 9’d out. In Chicago, a drunk driver is a 501.

While some terms are almost universal, like House Mouse for an officer assigned to desk duty. Others can hold completely different meanings. In NYC, in the hole means in the subway. In Chicago, it means you found a little corner to hide from the public and take a break.

Now please be smart and never use these terms in your reports, in court or when dealing with the public. It might come back to bite you. I’m retired and can get away with it now.

To research this article, I asked for contributions on Facebook. People responded from across the country. I received too many to include all of them in a short article and I thank everyone who took the time to contribute. I also want to take a moment to mention the members of the Irish Garda who responded and contributed the following: Mules – Male Garda, Banners – Female Garda, or Polis as a catch-all for all Garda. Brazzer means Prostitute, Drunks are called Spunkers, and Scumbags are called Gougers or Scrotes. Oh, and of course the Garda never hits someone they Flake them.

I find that even with this diverse use of jargon when police from across the country and even the world get together, everyone seems to understand what’s said.

Robert Weisskopf
Robert Weisskopf grew up in Chicago. The son of a 33-year veteran Chicago Police Lieutenant. Bob was sworn in on February 14, 1983. Over the next thirty years he rose from Police Officer to Sergeant, to Lieutenant. He’s worked almost every job there is in Patrol and as a Sergeant, he was detailed to H.U.D. working undercover narcotics enforcement in public housing. As a Lieutenant he was the commanding officer of the CPD Alternate Response section commanding up to 300 officers. He became a member of the Lieutenants Union. He served as its president for six years, negotiating two contracts. He also served as Vice President of the Illinois Police Benevolent Protective Association. He’s a divorced father with three sons, Bob, Jim, and Patrick. He is the author of a series of sci-fi novels and a cookbook for single fathers. You can find links to his work and more at www.bobweisskopf.com.