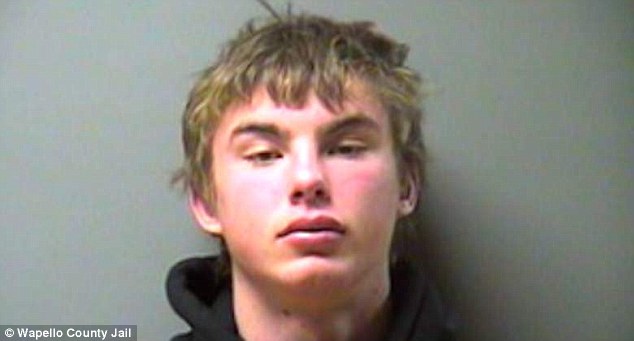 An Iowa man who sexually assaulted a toddler on camera will serve no time in prison.

Kraigen Grooms, 19, pleaded guilty on Monday to Engaging in a Lascivious Act with a Child according to KTVO, and was given a 10-year suspended sentence by the judge and just five years of supervised release.

Grooms was arrested in 2014 after an investigation led Homeland Security to believe that he had ‘produced child pornography in which he photographed himself engaging in sexual contact with an African American baby girl 12 to 18 months old.’

Federal agents said Grooms then uploaded photographs of the assault to the internet.

He was charged with Second Degree Sexual Assault and facing up to 25 years in prison after his arrest in March of 2014.

He pleaded guilty to the lesser charge of Engaging in a Lascivious Act with a Child.

A White House petition has now been started demanding that Judge Randy Degeest be fired for letting Grooms walk free and avoid more time behind bars.