The sheriff said this kind of interaction is a routine occurrence for metro police officers. 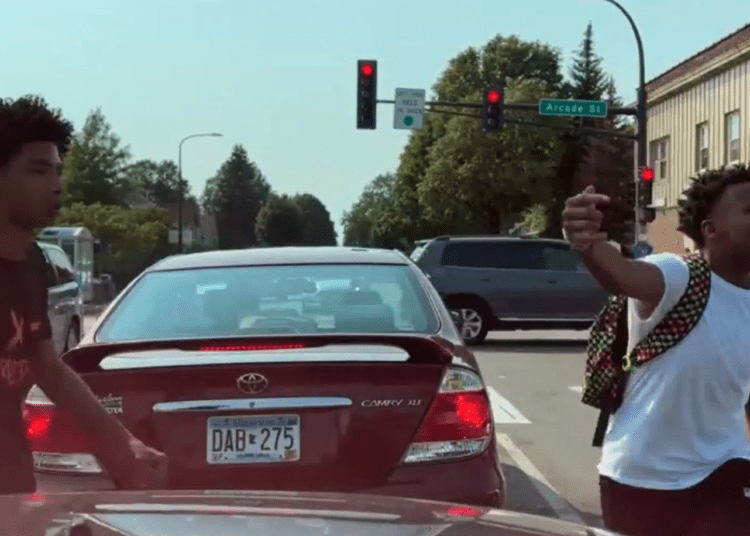 Screenshot from Live on Patrol as a group of teenagers confront Ramsey County Sheriff Bob Fletcher.

.
Check it out. Ramsey County Sheriff Bob Fletcher encountered some youths while on patrol Thursday. pic.twitter.com/OuAcWV1laB

“That’s Bob Fletcher, bro,” said one of the kids. Fletcher later explained they were likely upset because Ramsey County deputies arrested their friends for auto theft.

“They’re friends of people that we’ve arrested in these stolen cars. They know that we’re out there arresting them in Kias and Hyundais on a regular basis. Our [carjacking and auto theft] team has done an amazing job and that’s the thanks we get from their friends,” he said.

“There’s no sense in confronting them in any way verbally because that’s what they’re looking for,” he added.

The sheriff said this kind of interaction is a routine occurrence for metro police officers.

“This is what the police are up against. That happens on a daily basis to officers throughout the metropolitan area. You’re driving down the street, doing your job, a group of three young people run up to you and just tell you to die,” he explained. “Sadly, that’s how we know we’re making success and putting people in jail for committing crime when their friends confront us.”

Fletcher joked about the incident and said it doesn’t bother him anymore after 40 years in law enforcement. But he did say it’s one of the reasons agencies struggle to recruit new officers.

Earlier this summer, a video captured a group of toddlers as they hit and cursed at Minneapolis police officers who were executing a search warrant in St. Paul.

“I hope you’ll share this video just so your friends can see the type of abuse that law enforcement officers deal with. Honestly it’s not just me. It’s officers throughout the metro area,” Fletcher said.