How Chicago and Cook County Have Obliterated Their Criminal Bonding System 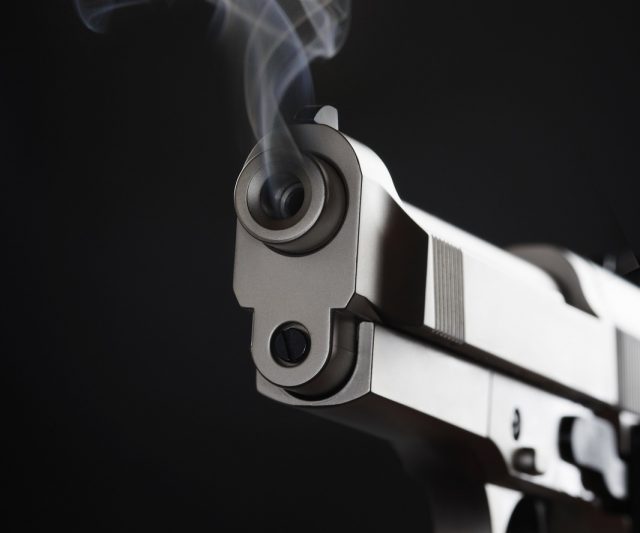 The dispatcher barks, “Man with a gun at a nearby intersection.” You tap the lights and siren and hit the accelerator. You shout into the radio you’re taking the job on. After a few high-speed maneuvers and some race car driving, you and your partner are pulling up to the corner. Fortunately, two other squads are coming in from other directions. The described individual is startled and he pitches the gun into the nearby bushes. Surrounded, he quickly surrenders to a half dozen pistols pointed at him. He lays prone as ordered and your partner applies the bracelets. You flip him over and immediately recognize him from a similar incident two days earlier. You arrested him in possession of a fully loaded nine-millimeter pistol with extended clip. Welcome to Chicago and Cook County’s two-year-old progressive bonding procedure.

Cook County Board President Tony Preckwinkle, Chief Judge Timothy Evans, Illinois’s States Attorney Kimberly Foxx, and State Legislator Will Gazer are celebrating the miraculous reduction of the jail population along with the outstanding success of the new progressive bonding procedures.

These politicians all agreed that there are too many brown and black people being held in the Cook County Jail for minor crimes simply because they could not produce the court required bond. They decided two years ago to change that and now have a more offender friendly bonding procedure. They have been remarkably successful in reducing the jail population and completely overhauling the bond requirements for those individuals arrested for criminal activities.

State Representative Will Gazer was quoted as saying, “There is still a presumption of innocence in this country and you’re innocent until proven guilty.” He further elaborated, “Some people walk free because they have money and others are detained because they don’t.” This man is an Illinois State Representative and co-sponsor of the revised bonding procedures. He apparently does not understand the reason for bonds. Bonds are issued by judges in order to necessitate a defendant’s appearance at trial. Bonds once were determined by the seriousness of the crime for which the defendant is accused and his probability of showing up for trial. The more serious the crime, the higher the bond. But that has changed.

WGN of Chicago has completed an investigative segment on the two-year-old progressive bonding procedure adopted by Cook County. Here are some results:

Over the six days consisting of Memorial Day weekend and Labor Day weekend, Chicago police arrested 118 people for gun possession. Nine were detained without bond. One hundred and four individuals received bonds of 5,000 or less requiring the defendant to post 10% or 500 dollars. Seventy-two percent were bonded out within 48 hours. Sixty-five percent of those had previous criminal records.

Thirty percent walked without putting up any bond either by a signature bond or by electric monitoring.

Here are some of the more interesting arrests for unlawful use of weapon.

Jose Maria, reported gang member, arrested for displaying an AK-47 with an extended magazine as he walked in front of his apartment. His bond was set at $1,000.

My favorite: Last year a Chicago man was arrested while in possession of two AK-47’s with barrel clips with the capacity of 100 rounds each. He also possessed a hand-gripped assault style riffle with two extended clips with the capacity to hold 39 bullets each. Also, in his possession at the time of his arrest were approximately 30 armor piercing rounds that could penetrate any ballistic armor worn by police officers. This type of round would not only enter the front side of any bulletproof vest, they would cut through it like a hot knife going through butter and blow a large hole in the back panel while taking everything in between with it, heart, lungs etc. A clear danger to society as well as all police officers, wouldn’t you say? He was arrested, charged and let on bond of $10,000. In Cook County, a person needs only to post 10 percent of the bond. In his case, he put up $1,000 and was released.

There is a legal tug of war between a defendant’s Constitutional Rights and the safety and wellbeing of the public. Judges were trained in bonding procedures to ensure the defendant’s appearance in court and to guarantee the community’s safety. That has changed dramatically. In most cases cited above, the political advantage surpassed the very serious dangers facing Chicago’s citizens and any Chicago police officers. Cook County Board President Tony Preckwinkle, Chief Judge Timothy Evans, Illinois’s States Attorney Kimberly Foxx, and Illinois State Legislator Will Gazer have sold out and have chosen votes over lives.

Note: View Larry’s website at www.StoriesofaChicagoPoliceOfficer.com/ and review his book by the same name.