Officer William "Bill" Jeffrey was murdered and Sgt. Michael Vance critically wounded by a defendant who should've been in custody, police union says 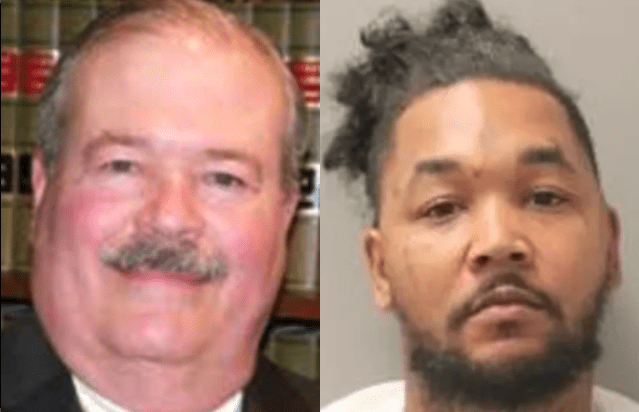 HOUSTON — Police officers in Houston are angry and their union is demanding that a lenient judge tender his resignation following a shooting that left one officer dead and a sergeant critically injured. The accused gunman was killed during the lethal encounter should have never have been released from custody on a reduced bond given his violent criminal history, according to the union.

Officers assigned to the Major Offenders Division arrived at a home at 5350 Aeropark Drive to serve a narcotics-related arrest warrant when the deadly gunfire erupted early Monday, Law Officer reported.

“This is the 138th person, one of our officers, over the last two years that has been killed by someone out on multiple felony bonds.”

“We are calling for his resignation,” Griffith told Fox News Digital on Tuesday. “The community is becoming more and more outraged. This is the 138th person, one of our officers, over the last two years that has been killed by someone out on multiple felony bonds.”

Officers were speaking to a woman at the door Monday when Ledet, 30, reportedly came out and opened fire. Jeffrey, a 31-year HPD veteran, was airlifted to the hospital but did not survive the shooting. Vance was critically wounded during the encounter and had to undergo surgery. Ledet, 30, was killed as officers returned fire.

“Having just followed the recommendation of the DA’s office, he [Ledet] still would have been in jail pending his trial,” Griffith told the news outlet. “The problem is he [Glass] won’t have a trial, so he just therefore releases everyone on bond.”

“We’re putting an all-out blitz to get him to do the right thing,” the police union leader said. “There’s over a thousand cases that he’s done this to. The exact same thing. He hasn’t held a trial in over a year claiming it’s because of COVID. Other judges have gone forward with trials. There are ways to do it safely. He’s just choosing not to.”

"Judge" Glass, please know that the incompetency that you have shown in your job has not gone unnoticed. Everyone should contact the 208th District Court and ask the Judge how this happened…….. https://t.co/XTQlgPnrgY

According to the report, Ledet’s criminal history includes 18 arrests after his 18th birthday. The offenses include a variety of felony charges, including burglary, evading arrest, aggravated assault with a deadly weapon and narcotic violations.

On Nov. 17, 2020, the Harris County District Attorney’s Office requested a hearing to deny bail for Ledet on two drug-related charges given his habitual offender status, according to court documents tweeted out by the union, Fox reported.

Moreover, Ledet had two prior stints in prison for assault with a deadly weapon, Griffith said. Nevertheless, the judge granted a $10,000 and a $20,000 bond for the career criminal.

“When Deon Ledet was charged with trafficking cocaine and methamphetamine (2020), he was facing life in prison as a true habitual offender,” the union tweeted. “Ledet had two prior prison trips for Agg Assault, among numerous other charges. The DA’s Office requested ‘No Bond’.”

Ledet failed to appear for pretrial services to get an ankle monitor installed. Eventually, the man was hauled back to court and the judge gave him a warning. Amazingly, Glass still allowed Ledet to post bond, the union said. Not surprisingly, Ledet later failed to appear in court and his bond was eventually revoked.

“Deon Ledet jumped bail and still his bond was not revoked. Ledet went on the run and was never seen in court again,” the union tweeted. “Judge Greg Glass doesn’t care. That’s one less case to avoid seeing on his docket. More than 1000+ felony warrants exist in ‘Judge’ Glass’s court.”

“This blood is on your hands, Greg Glass. Shame on you,” the union added.

“‘Judge’ Greg Glass’s short tenure in Harris County’s 208th District Court has been an overwhelming failure,” the police union said in another tweet. “Greg Glass does not care about criminal justice nor the safety of our community. This isn’t the first time he has made the news for the same behavior.”

Griffith also addressed the tolerant judge in a tweet Tuesday, writing that Glass should “please know that the incompetency that you have shown in your job has not gone unnoticed. Everyone should contact the 208th District Court and ask the Judge how this happened.”

Griffith told Fox News Digital that Vance is in critical but stable condition. He was told the sergeant suffered several rounds to his abdomen area and has required surgery to repair part of his intestines. Furthermore, he was struck by another round that possibly fractured his hip. However, the emergency surgery has delayed x-rays to confirm the injury, the union leader said.