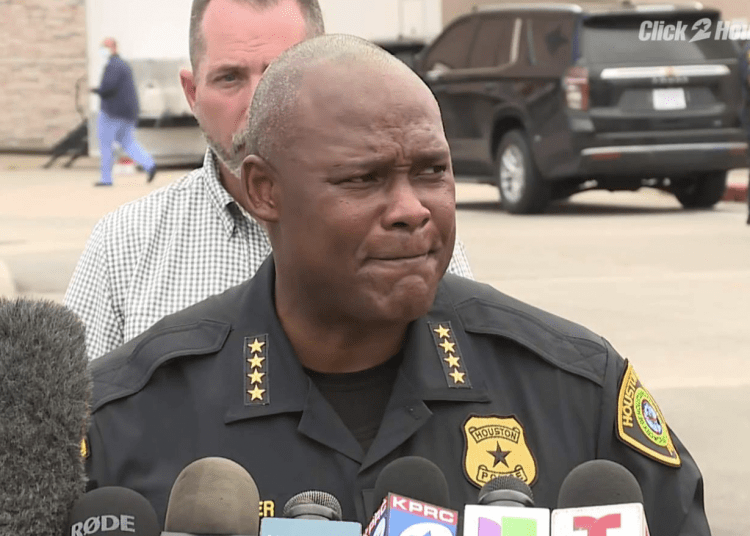 HOUSTON – A Houston police officer is critical after getting shot Monday by a suspect in Kingwood during a disturbance call over a parking dispute, authorities said.

The shooting took place in the 200 block of Northpines Drive around 11 a.m. According to police, the officer is in “stable, but critical condition.”

Houston Police Department said the officer was called to the scene due to a fight between a man and a woman over a parking space. The woman claimed the man spat in her face, so officers went to his apartment to speak to him, Click2Houston reported.

The man opened fire and shot one officer in the abdomen and arm. The officer’s body armor absorbed part of the trauma. A second officer at the scene managed to physically subdue the 26-year-old suspect.

HPD commanders & PIO en route to @HCAHouKingwood after one of our officers was shot by a suspect at 200 N. Pines Drive. Prelim info is officer was shot in the arm & taken to hospital. The suspect is detained.

Media briefing will be at hospital. Follow here for updates. #hounews pic.twitter.com/kGaPYQS4lT

Houston Mayor Sylvester Turner said the officer, whose identity has not been released, is an 11-year veteran of HPD and has a wife and three children.

Police are not releasing suspect information until he’s been charged.

HPD Chief Troy Finner said during a Monday press conference that officers did not fire their weapons during the incident.

According to the chief, the shooting will be investigated by HPD’s Special Investigative Unit and the Montgomery County District Attorney’s Office.

Michael Zachary Howard-Dale, 26, has been identified as the suspect who shot the HPD officer.

UPDATE: Booking photo of suspect Michael Zachary Howard-Dale, 26, now charged with aggravated assault of a public servant in the shooting of an HPD officer in Kingwood on Monday.

Our officer is expected to have surgery today.