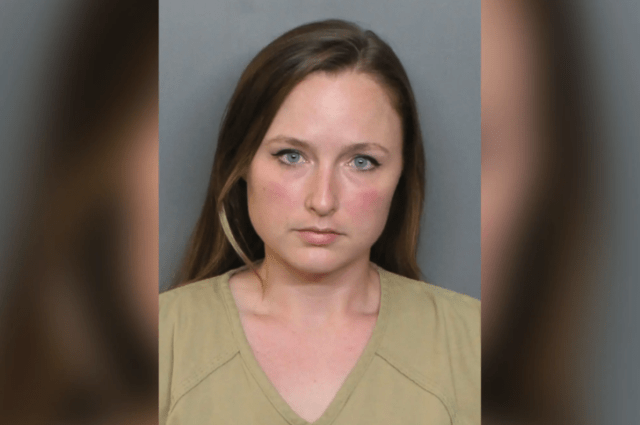 PORT CHARLOTTE, Fla. – A high school teacher in Florida is facing charges after she reportedly concealed a male teenager, who had been reported missing, for days inside her residence, officials said.

Law enforcement authorities were trying to find the minor, who had been missing since Aug. 12, when they obtained information from the boy’s parents that led them to the private residence of Kelly Simpson, 31, in Port Charlotte, the Charlotte County Sheriff’s Office said in a press release.

Investigators located the teen, whose age was not provided, inside Simpson’s home on Wednesday. The sheriff’s office said the teacher picked up the boy from an unknown location and allowed him to hide at her house, knowing he was reported missing and endangered.

As a result, Simpson was arrested for interfering with the custody of a minor. She posted a $5,000 bond on Wednesday, jail records revealed.

Subsequent to her arrest, the Charlotte County School District has placed Simpson on administrative leave from her teaching position at Charlottte High School, the district said in a statement, according to the New York Post.

“Charlotte County Public Schools takes an incident such as this very seriously,” the statement said. “The safety, protection, and well-being of our students are a top priority.”

The sheriff’s office did not immediately disclose further details or allegations regarding additional crimes.