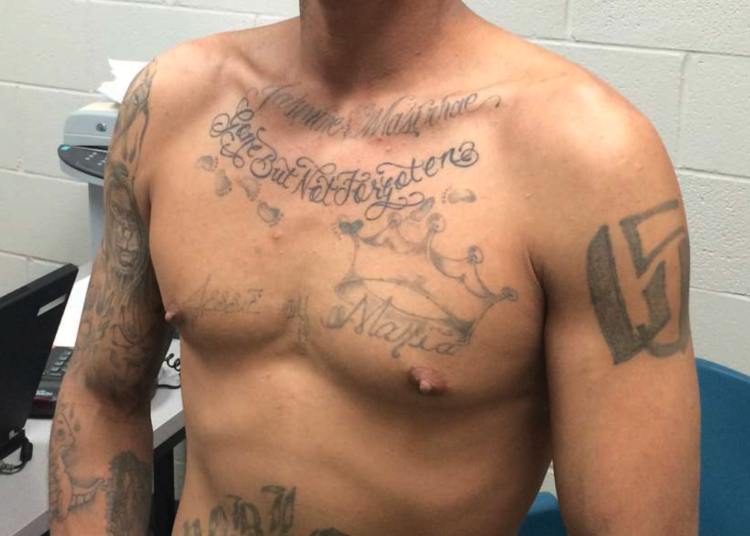 If you’ve ever seen the movie, “West Side Story,” the glamorized and sanitized tale about gangs in a New York City barrio, you’d be unpleasantly surprised at what really goes on with teenagers in the real world, especially in my San Francisco Mission District.

Nobody was singing and dancing in the streets here, and life certainly did not mimic that ersatz Romeo and Juliet storyline, except that in this case, young bodies were bloodied, stabbed, and shot up regularly.

In that the Mission was a heavily Catholic Hispanic area, there were lots of parochial schools to send your children to, if you had the cash.

If you didn’t, like most of the population, then you fell into the not-so-tender mercies of the city’s highly dysfunctional Department of Education.

There were “technical” schools that wisely prepared students for well-paying but not glamorous careers in construction, welding, and automotive repair. We even had a performing arts institution, much like the “Fame” school back in NYC.

The grande dame of all the local schools was Mission High. Built long ago in a neo-classical format, its imposing four-story main building and two-square block footprint dominated the area adjacent to Dolores Park.

There were between 3,000 and 4,500 students, and to the cops at Mission Police station, it seemed like all of them were brawling and rioting on any given day.

Seeing as how the metal shop class was turning out do-it-yourself zip guns and concealable shivs at a record pace, and chemistry 101 was into making boot-leg angel dust (PCP), we had to do something constructive soon.

Some bright light up at SFPD HQ decided the best way to stem the hardware related crime at Mission High was to install magnetometers at the main entrances so that the gang members that had guns and knives could be “diverted” before they got into the school.

The city had plenty of surplus devices from a TSA up-grade at San Francisco International Airport, so we all had the pleasure of viewing a five-minute instructional video after lineup one morning.

“Yes Lieutenant, what can I do for you?”

“Before you came here, you were an airport cop, correct?”

(Damn well you know that boss.)

“So, you’ve worked around these magnet-things before?”

“Yes Sir, I was posted to some of the checkpoints that used them, but the civilian security people actually ran them, I just observed.”

“Close enough: You’re senior enough on this shift to be put in charge of the detail at the school. I’m short on sergeants.”

(Translation: None of the three-stripers here were stupid enough to let you assign them to this cluster- %$#@ in-the-making.)

“Yes Sir; Will there be overtime pay?

Fortunately for me, the L-T had already picked out his uniformed victims for this social experiment. He called us all into his office, briefed us on the particulars, and when he mentioned that there would be no extra pay involved, most of the crew immediately lost interest.

The school administration had been lecturing the students for weeks before about the ban on any metallic no-no’s coming through the entrances and had sent out flyers by the thousands to be given to the students’ parents to ensure compliance.

Students entered the school in semi-single file fashion at any one of the three main entrances. Because the cops were all were gang-savvy, we had separated the lines by gang membership: Nortenos’ were red colored, while Surdenos’ claimed blue clothing.

There were only seven or eight fights in the lines, but no weapons were recovered there or at the magnetometer enhanced doors.

By 8:30 a.m., only about twenty or so kids were in the discipline deans office, so we were off to a good start.

Parents and such were called in to take their bad boys and disrespectful girls’ home.

These adults knew nothing about the magnetic weapon catchers, and before long we had four handguns, and an impressive array of knives and other lethal ornaments in our evidence bags.

For only 20 students in detention, we now had an unexpected wealth of senior gangbangers in custody.

Of course, none of these folks had ever seen a warning flyer or were informed by their off-spring not to come a-packin’ to school.

The school’s principal was appropriately all a dither. He told me to close down the operation. I happily told him I didn’t work for him, and to lean on my lieutenant.

As he ran off, I called my boss and asked him to not answer his phone for a couple of hours.

I explained the goldmine of felony arrests that we were making, taking weapons off the street, blah blah blah, and that his monthly activity report to the captain would look better and better the longer that he could stall-off the school people.

He told me he was going to take a long lunch and might even go to the afternoon Catholic mass to pray for the sins of the people we were herding up.

Not surprisingly, the magnetometers came down the next day, but not before we bagged seven handguns, including one from a teacher and another from the senior janitor.

Funny, how booking all that hardware meant three hours of OT for each member of my team.

Ironically, later that semester I was briefly assigned as an SRO (school resource officer) at that same school.

I had to take a “disruptive student” out of class once during my first week there.

When I got to the room, I saw him violently shove his teacher, knocking her to the floor. The teacher untangled herself from the desks that almost broke her fall and said: “Just take him to the principal, I’m ok, I think.”

This 17-year-old “kid,” stood 6’0” tall, maybe 195 lbs., wore his loose-fitting jeans in the current “prison-yard” approved droopy fashion, and had his baseball hat on sideways.

As I escorted him down the hall, he decided to go back the classroom, and I stood in his way saying, no. He shoved me hard, swung a (blocked) punch at my face, and wound up on the floor in handcuffs.

Naturally, I arrested him on the spot.

Another teacher saw this entire incident and told the kid, “That’s what happens when you fight a cop!”  He SPIT at her.

Two more teachers came by and DEMANDED that I release the kid because “we don’t do that here! “

Then the principal came by and ORDERED me to release the kid, even after the entire scenario was explained to him.

“We don’t restrain students for minor things like that in this school!”

Over his increasingly loud howling protests, I walked the kid out, booked him into juvie, and then later released him to his auntie. She looked at him and said,” AGAIN?”, and apologized to me as she slapped him down the hallway.

The principal had me “reassigned” that same day.

Two weeks later I heard he got hit in the head with a baseball bat by one of his students.

Karma will find a way.