Hey Leaders! Look Behind You 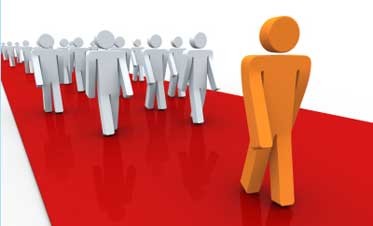 How many of you are leaders?

Then I ask those who have raised their hands,

What makes you a leader?

Answers to this vary and have included:

I also ask people, “What do you think is the single most important quality to being a great leader?” You can probably guess many of the responses.

Of the varied answers I’ve received to the last two questions above, no one has ever said, “Followers.”

I don’t know if a tree falls in the forest and there’s no one to hear it whether it still makes a sound. (Is it shallow of me not to care?) But I’ve long been intrigued with the fact that plenty of leaders spend lots of time (in their minds) leading, without bothering to check if anyone is following.

MBWA stands for Managing By Walking Around. It was popularized by Tom Peters in 1982 in his book Search for Excellence. MBWA was intended to get managers from behind their desks and out of their offices to mingle with the folks they were managing. Of course, then the question for some of these managers became what to do once they were out there other than make people wish they would go back into their offices and leave everyone alone to do their jobs.

The premise of this article is that you can be in a leadership position, you can possess all the qualities of a leader (and many more), and still not have any followers. Ulysses S. Grant said it so eloquently he inspired my title,

“Leading is easy; persuading others to follow is the hard part.”

Win their hearts and their minds and bodies will follow
To persuade people to follow you, they must to put it in today’s terms buy into your message. We buy into things emotionally. Marketers get this.

Marketing is basically the science of figuring out which buttons to push to make us feel, deep in our hearts and souls, that one brand of mayonnaise or disposable diaper will make our lives richer and more fulfilled than any other brand.
Eugene Robinson, Washington Post Writer’s Group.

Marketers boil this notion down to

But this isn’t just some crass marketing gimmick. It’s also brain science. The left side of the brain controls logical, linear thinking. It gathers data and information and organizes it.

Leaders work in the marketplace of ideas and visions not mayonnaise and diapers. But brains work the same. If officers’ emotions their hearts give thumbs down to the leader, his ideas are toast. His ideas will never make it into the left side of the brain to be received, organized and responded to.

One of the most effective, grab-people’s-hearts-and-persuade-them-to-follow-leader of the 20th century was Winston Churchill. We’re not talking celebrity charisma here. He was short, fat, and bald, had a lisp, and fought a stutter.

But Churchill knew how to rally his countrymen’s hearts. And he wrote that the orator (leader) must himself share in the emotions of his listeners (followers). The most powerful of these emotions which Churchill drew on are:

Churchill “…communicated `his very soul’ to the…people and they mutually inspired each other.'”
Weidhorn, Manfred. “Churchill as Orator: Wish and Fulfillment.” Southern Speech Communication Journal 40 (1975): 217-227, 221.

Jack Hawley, head of a management consulting firm to top CEOs, begins his book, Reawakening the Spirit in Work with this sentence,

The key questions for today’s managers and leaders are no longer issues of task and structure but are questions of spirit.

Chiefs who wonder why they meet with resistance or nothing changes when they try and implement new tasks and structures like:

would do well to listen to Hawley.

Task and structure gets addressed because it’s concrete and easier. But if leaders don’t enlist officers hearts in the changes, they become little more than form over substance. Stated poetically,

If you want to build a ship, don’t drum up the women and men to gather wood, divide the work, and give orders.
Instead, teach them to yearn for the vast and endless sea.
Antoine de Saint-Exupery, The Wisdom of the Sands

Leaders who care if officers are following would do well to enlist their hearts first. Follow Churchill’s scaffolding. If your ideas, your proposed changes, or new policies and procedures don’t connect with one or more of these emotions or other emotions that inspire humans to act you’re not likely to persuade many followers.

Share and speak up for justice, law & order...
Tags: exclusiveLeadership