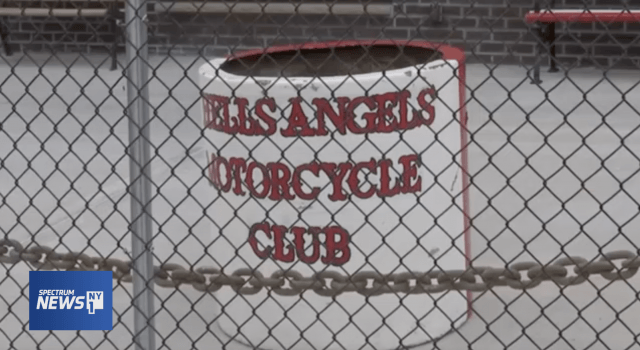 NEW YORK – New York police are investigating after a barrage of gunfire greeted the notorious Hells Angels biker gang at their new home in the Bronx.

Multiple shots were heard Thursday night as the outlaw gang’s new digs near Throgs Neck Bridge was sprayed with lead. No one was injured, and no one has apparently claimed responsibility.

The shooting occurred hours after WNBC-TV aired a report about the gang’s move to the Bronx after leaving its home of 50 years in Manhattan.

NY1 obtained surveillance video that showed motorcycles and cars pulling up to the Hells Angels address, followed by the sound of gunfire. NYPD said at least 14 shell casings were found at the scene, according to news reports.

The incident alarmed residents who were already opposed to the new neighbors.

“We thought the quality-of-life issues would be limited to noise complaints and party time. Now, we have a full-blown shootout,” said community activist Egidio Sementilli. “This is why we did not want this organization here in this community.”

The gang’s former clubhouse on Third Street in Manhattan’s East Village was sold last year for $7.5 million, the station reported.

The Hells Angels purchased the Bronx property in August for $1.25 million.

The building, located on a quiet residential block, was home to an American Legion post for many years.