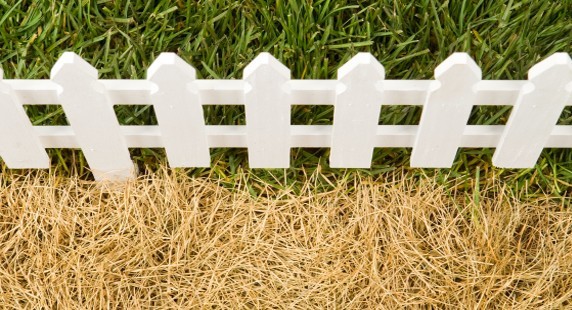 The Grass Is “Not” Always Greener

The Grass Is “Not” Always Greener

by David Underwood
in Chaplain, Exclusive
250 16
0

So is it true?  Is the grass always greener on the other side of the fence?  Some people must believe it really is, especially when it comes to a job or a relationship.  It seems like some people change jobs and relationships like the weather. In all my years as a pastor and now as a police officer, I have seen so many people come and go from something they thought was a sure thing.  Somewhere along the way they made up their minds that something they decided to do didn’t meet up to their expectations. In law enforcement circles, it’s actually kind of comical that so many officers will leave one agency to go work for another agency only to find out that new job wasn’t any better than the one they left.  Many of them end up returning to the agency they left.

Now back to that famous proverb about the grass being greener.  I haven’t been able to find its origin. It is said that the proverb is literally true as demonstrated by Psychologist James Pomerantz in a scientific article on “‘The Grass is always Greener’: An Ecological Analysis of an Old Aphorism” (1983).  Pomerantz proved that optical and perceptual laws alone will make the grass at a distance look greener to the human eye than the grass really is. To put it simply, Pomerantz says that if you look at the grass from the perspective of straight down, as most grass eating animals do, you tend the see the brown dirt along with the grass.  If you look at it from another angle, all you see are the grass blades and the grass then looks greener. So I guess the conclusion is that the closer you get to something the less attractive it actually is.

And then there is the sight of a cow or a horse trying to get at that juicy green grass just on the other side of the fence.   The assumption is that just because the cow or horse is going for the grass on the other side of the fence, it must be better. The whole point of the aphorism is that it expresses the only too human idea of discontent, envy, and jealousy in a metaphor which is easily understood.

Isn’t it true that a lot people are very much that way?  They look at the grass on the other side, thinking it is greener but end up finding out just the opposite.  So many times a person is drawn to an opportunity that seems harmless and even exciting, but once on the other side, the person is faced with more problems than ever imagined.

I can say first hand that I never dreamed that becoming a police officer was as hard as it is.  It looked a lot different from the outside than it actually is. That’s not to say that I would not have taken this leap of faith had I known just how hard it would be.  And to be fair, one can never really know how it is on the other side of the fence unless someone who is already there tells that person that they might want to stay right where they are.  Sometimes it is a fact that once you make that move there is no turning back.

And consider the person who ventures into an extra-marital affair, drawn by the passion and the excitement that seems so irresistible.  After all, people have affairs all the time and never get caught. And besides, in this society, it’s okay to shop around if you’re not happy at home.  Then comes the reality of it all – living a double life, living a lie, getting caught up in a web of deception, which ultimately breeds fear and guilt and a host of other problems.  That doesn’t sound like green grass to me.

Think about how many people have taken the advantage of a business opportunity thinking it was the “right thing to do,” and later come to realize it was a not all it was cracked up to be.  How many teenagers have run away from home because they were “treated unfairly,” thinking they can make it on their own only to realize later how good they had it at home and how difficult life can really be without the security of home.

Please understand that I am not saying it is foolish to leave one place of employment for a position somewhere else.  I did that very thing when I left the pastoral ministry to become a cop. I had been in the ministry for just shy of 20 years, and longer than that if you count the 5 years my wife and I spent in college preparing for ministry.  During those 20 years, I served as an assistant pastor for about 5 years in one church and then as a senior pastor for about 10 years in another church, both of which were in Pennsylvania. We then moved to South Georgia where I served as a pastor for just short of 5 years where I served until jumping over the fence to be a cop.  I can’t say that any one of those moves were wrong or were not the will of God. I can tell you that with each move there came new and similar challenges and all have been a part of God’s work in me.

So I am all for going to another pasture in life depending on the reason and motive for the move.  I believe that there are no guarantees when you do make a career move. Sometimes things just don’t work out like you plan.  Sometimes we will be led to another pasture because we need to learn some life lessons that we might not learn if we stay where we are.

So how do we keep from following a way that seems right but might end up being destructive or simply a bad decision? Consider asking yourself a few questions.

I believe that some of the issues that prompt us to leave one place and go to another very often have less to do with an issue we have with our current employer and have more to do with our own baggage and personal hang-ups.  That being the case, the “greener pastures” will never be green enough.

Let me reiterate by saying that God will sometimes lead us into unknown territory and sometimes there is a risk involved.  Sometimes the move we make is going to be the hardest thing we do but that does not mean we made a bad move. That is important to understand when we start thinking we made the wrong decision because how difficult the move has been.

But making a move in hopes the work environment will be better or easier is not real smart. Making a move to another place of employment because “I don’t like the way they do things here” might not be a good reason to go.   To me, the whole issue is the reason for which we leave one place to go to another.