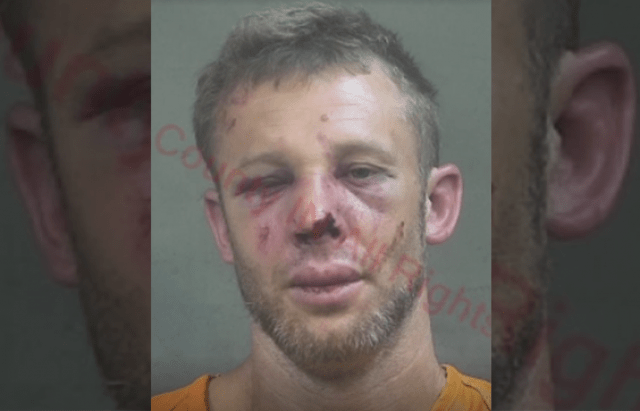 LEBANON, Ind. – Two grandparents went into defensive mode when a man entered their home and tried to kidnap their 6-year-old granddaughter.

Police say the man broke into an apartment in Indiana and claimed their granddaughter was actually his daughter.

Benjamin Dillon, 37, was arrested by officers, but not before the girl’s grandparents could get their hands on him, reported ABC 7 Chicago.

Police said the girl and her grandmother were sleeping in the back bedroom when Dillion broke into their apartment.

“I was sound asleep in my bedroom,” said the grandmother. “This guy comes kicking in and says, ‘You got my daughter,’ I was nervous, very nervous. I was shaking so bad.”

The woman who lives at the home called police as her husband tried to get the man out of the apartment.

Once responding officers arrived, they say Dillion threatened police and tried to fight them.

A booking photo of Dillon shows he sustained multiple injuries to his face as a consequence.