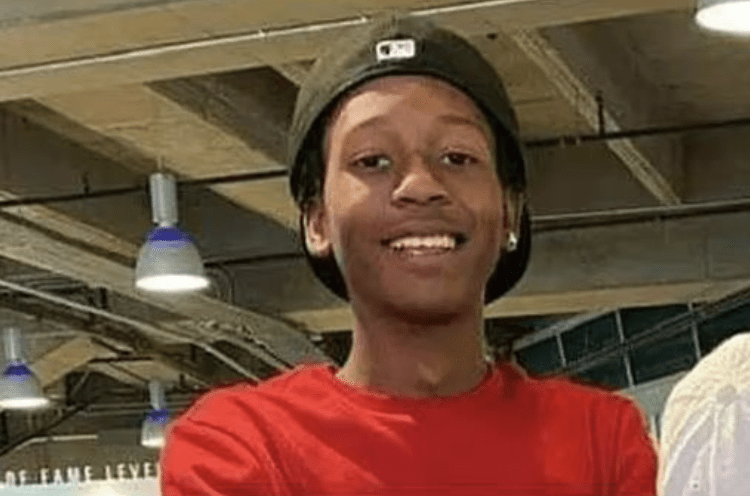 ARLINGTON, Texas — A GoFundMe campaign was launched for the benefit of Timothy Simpkins, the suspect in a Texas high school shooting on Wednesday that wounded three people, one critically.

GoFundMe management quickly removed the page 24 hours after it was set up by family attorney, Kim T. Cole. It raised $150 before getting pulled from the platform. They were seeking $25,000.

The incident was captured on Friday by the Daily Mail. A GoFundMe representative told the news outlet, “The fundraiser was removed from the platform because it violated GoFundMe Terms of Service.”

The proceeds were returned to donors, according to the representative.

The suspect’s family alleges the 18-year-old was acting in self-defense after being bullied for having a nice car and expensive shoes.

The page, which was established by Cole, included a lengthy message said to be written by Simpkins’ mother, which is included below.

“Many of you have seen the video of the brutal beating Timothy Simpkins received. He never even returned a blow. He simply balled up and covered his head trying to protect himself.”

“What you don’t know is that Timothy was robbed at gunpoint and stripped of his possessions a couple of weeks ago. And the unfortunate backstory is that Timothy’s father was brutally beaten to death. This fact definitely heightened Timothy’s fear for his life,” the message continued, Post Millennial reported.

“Not to mention that the young man responsible for beating and harassing him had recently made threats to kill him so you see, my son was terrified and believed he would be murdered just like his father. I believe my son’s entire story should be heard and I am asking that you help me share it in an effort to balance the one-sided narrative that the media is broadcasting,” it went on.

“Please know that I am not suggesting that taking a gun to school was the right choice to make, I am just saying that there is so much more to the story and all of the details should be known,” she says.

The mother concludes the message by saying her son went through “a very traumatic experience” that requires therapy and counseling.

Video circulating on social media allegedly shows Simpkins getting into a fight during class with another student. The altercation escalated into gunfire Wednesday, Law Officer reported.

After the fight was broken up and the two students calmed down, Simpkins was seen pulling out a firearm from a backpack and firing several rounds that struck three people, according to an arrest warrant Thursday.

Calvin Pettitt, a 25-year-old English teacher who jumped in to break up the fight, was shot in the back. His family said he suffered broken ribs and a collapsed lung, according to the New York Post.

Law enforcement authorities said a 15-year-old male student was in critical condition, while a teenage girl who was grazed by a bullet had been discharged from the hospital, Law Officer reported.

The fourth victim was identified as a pregnant woman who was injured from a fall during the melee. She was treated at the scene and did not require hospitalization, police said.

The family of a student injured by gunfire is sharing his recovery.

Zacchaeus Selby was subsequently identified as the 15-year-old student who was critically wounded. He spent part of Friday in surgery, WFAA reported.

Doctors at Medical City Arlington hospital are keeping a close eye on the teen, while his mother is talking about is long road to recovery after suffering four gunshot wounds during Wednesday’s encounter at Timberview High School.

Iysha Selby never imagined her son would be unsafe at school. She broke down in tears while discussing his hospital stay with the news outlet, even after going from critical to stable.

“He has tubes in this throat and his nose. He is just laying there,” said Iysha Selby.

Simpkins was charged with three counts of aggravated assault with a deadly weapon. He posted $75,000 bond from Tarrant County Jail and was released from custody one day after the shooting.