Michael's record ran to over 27-feet in linear measurement 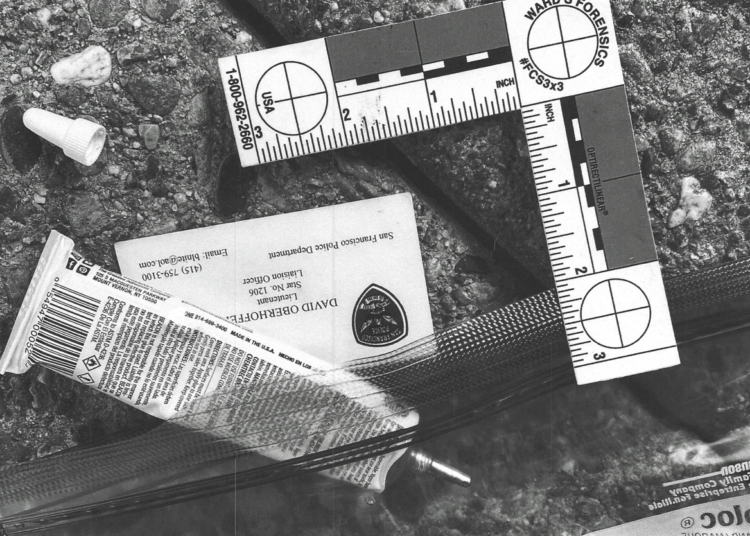 Everyone got to arrest Michael at least once.

Mission Station was a Field Training Officer base primarily because of our diversity and the eternal intensity of criminal activity. We had a little bit (A LOT!) of just about everything you could think of in your most twisted imagination.

If space aliens from Arcturus landed here in force one night, in a huge loudly vibrating silver-faceted flying saucer, I’m positive that no one would notice, and then they would be given a double-parking citation from the ever-voracious meter maids.

As a result, our police academy kept funneling more and more rookies into our meat grinder

We fired about 40% of the newbies for reasons proper and necessary.

“Self-initiated-activity” was emphasized: Go out, find a bad guy, grab him, bring him home. Repeat.

If you are thinking of the similarity here in training a golden retriever to present a dead duck to his master, you would be basically correct.

Michael however was a different breed of waterfowl.

Most of our “frequent flyers” were the sadly hopeless career alcoholics, regular drug addicts, and the reliable petty thieves and street walkers that we all knew by first names and booking ID numbers.

And the difference was:

Michael came from a VERY good family, that owned a lot of expensive property up in the yuppie flavored Noe Valley area.

As a result, when ever a call came out regarding a tall, well-dressed man, about 30-years-old, lying face down in some body’s driveway up that-a-ways, we all looked at each other and knew it was going to be another Michael arrest.

Each rookie had to present knowledge and expertise in dealing with different types of incidents, as printed out on an actual check marked list in the evaluation binder (The dreaded “Rookie Book.”)

When that call came out, usually in the early hours of a weekday, the most senior FTO would call out/radio out: “Who’s on deck for the next Michael arrest?

A “volunteer” would call out and shuffle up to make the capture.

How many times had this happened, you ask?

Mission Station, being on the ass-end of getting any type of improvements, still had a VERY old-fashioned tractor-feed paper printer in the business office. Its alternating green and white horizontal paper columns, with the tractor feed holes along both edges was so out of date, that we had to special order the supplies from some outfit in Thailand.

It was a running joke during change of watch to put Michael’s contact and arrest record into the computer, set it to print, BUT to then turn off the printer. This way the record would hold for the new Station crew to turn the printer on again.

This printer was configured such that once a print job had been queued up, it could NOT be aborted.

At one line of print per ½ inch of paper, Mike’s record ran to over 27-feet in linear measurement.

Yes, I measured it.

I kept a print copy for my lectures at the police academy, and if memory serves, it went to over 500 contacts.

The steam-engine chug a chug a chung sound of that printer spitting out Michaels’s record for the next 16 minutes made everyone in the Station laugh, except of course for the victim rookie working the booking counter.

On the street the assigned newbie would go on the call, find his person of interest semi-conscious, and then spend the next five hours filling out police reports, medical assistance forms, and booking evidence.

Michael was a huffer.

Slang: “The practice of inhaling toxic fumes from glue and other household products for their intoxicating effects. Known effects: Euphoria followed by depression with possible respiratory and brain damage.” (c/o Dictionary.com)

If Mike weren’t completely satisfied with his condition as found, he’d either try to run away when he saw the cops or fight like the large windmill that he resembled standing up.

This would generally add another two hours to the incident paperwork.

Part of what complicated this twice weekly ritual was that Mike had a dog-tag-like professionally laminated series of cards on a lanyard around his neck. One card was from his doctor, another from his probation officer, and the last one belonged to his lawyer.

Mikes parents had long ago divested themselves of dealing with this destructive addiction and set up a trust for their only son that gave him residence at a house in the area, a permanently reserved bed at a recovery clinic, and full-time legal representation.

We tried being proactive for a while and attempted to locate where Michael was getting his tubes of airplane glue from, however there were simply too many Mom-and-Pop corner stores in San Francisco to make this any more than a futile endeavor.

Typically, Mike would go to Mission Station for booking, then to SFGH for clearance, then to county de-tox for six hours. After that he’d spend a night in the tank at county jail, see a judge in Department 11 in the morning, be represented by his semi-worthless attorney, and be told to show up for a re-re-re-evaluation of his probation. The long-suffering senior PO would then fob Michael off on one of HIS rookies, and Mike would be back at home soon after.

The merry go round continued until Michael ran into a sheriff’s custody deputy who was having a bad day. Mike somehow connected with a round house punch that broke the deputy’s jaw and then Mike (predictably) wound up the emergency room with multiple broken and bruised body parts.

Back on the streets six months later, Michael had discovered that if you take a zip lock bag, fill it up with glue, and “huff” into the bag, you can have an epic fumed filled experience.

The downside to this innovation was that it unfortunately glued the bag to your face.

He did this 12 hours after being released one time and was found seriously unconscious on his front lawn with the bag attached to his face, leaving very little access for breathing anything but fumes.

I caught the case being the sector car at that time. Besides knowing what I was running into, I luckily had the presence of mind (and experience) to call for an ambulance to beat me there.

I ripped the bag off of Mikes face, taking some of his wispy mustache with it, and was very happy to see my friend Jimmie the Paramedic two feet away from where I was crouching holding a big green oxygen bottle.

Michael made it alive to SFGH, barely.

I did a 5150 W&I mental health hold on him in addition to the usual ridiculous paperwork.

His attorney was browbeaten into getting Michael admitted to an out-of-state recovery facility, as opposed to the usual local nonsense. (It’s amazing what a threat to call the local Bar Association can accomplish.)

A few months later. Mission Station got a very nice hand-written note from Michaels parents thanking us all for saving their son.

I’ll miss the computer inspired hi-jinks that Mike’s career inspired, but I’ll take a happy ending anyway that I can get it.