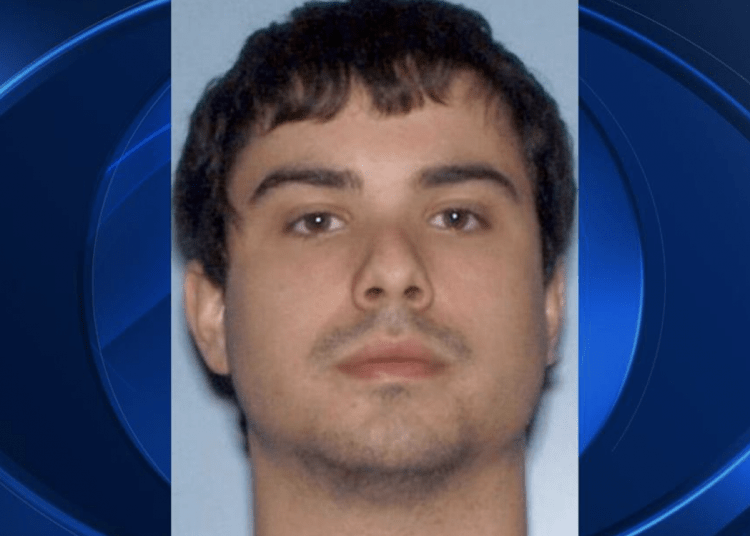 ST. FRANCIS COUNTY, Ark. — A fugitive wanted for shooting a Southaven, Mississippi police officer and stealing his unmarked police car in Memphis, Tennessee has been captured in Arkansas, according to the St. Francis County Sheriff.

Sheriff Bobby May said Cody Dimmett, 28, (whose name was spelled Demmett by some news outlets) was captured by SWAT team members around 7:30 p.m. on Tuesday while hiding behind a house near Palestine. The suspect surrounded peacefully, the sheriff said.

The chain of events began around 12:30 p.m. on Tuesday when a Southaven police officer was shot in South Memphis. The officer was following Dimmett from Southaven after a run of his license plate revealed he was wanted in another state, WREG reported.

The wounded officer was identified as Roy Hurst by the news organization. He was part of the FBI’s Safe Streets Task Force.

According to a law enforcement source, Hurst was shot in the arm. The wound was described as “through and through,” and not considered life threatening. He was treated and released from a medical facility in Memphis, according to the Southaven Police Department.

Following the shooting, Dimmett stole Hurst’s unmarked vehicle and drove to St. Francis County, Arkansas. Officers of the Palestine Police Department attempted to pull him over for speeding on I-40, but authorities say he refused to yield, WREG reported. It wasn’t clear if Arkansas officers initially knew the speeding vehicle was a stolen, unmarked police unit, although they likely discovered this fact soon after.

As a result, police chased the fugitive until he crashed the car and was believed to be barricaded inside a home. As it turned out, he was hiding behind the house, and was taken into custody a short time later.

Man barricaded in home in Palestine area of St Francis County after shooting a Southaven police officer and stealing his car. FBI on scene. @3onyourside pic.twitter.com/deKW6CiC8R

Sheriff May said the suspect did not shoot at any law enforcement personnel in St. Francis County during the pursuit, which clarified earlier reports that he had fired upon police in Arkansas.

According to CBS 46, Dimmett is wanted in Cobb County, Georgia for shooting up his neighbor’s house on Sunday and injuring a man after not being invited to the home for game night.

Police in Hoover, Alabama, told WREG that Dimmett led them on a chase Monday, which they terminated for undisclosed reasons.

Dimmett was booked at the St. Francis County Jail.