Three victims are in critical condition 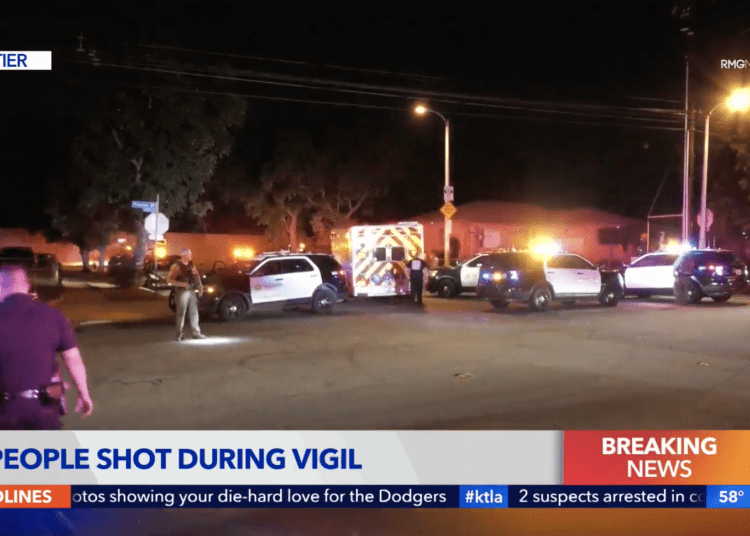 WHITTIER, Calif. — A shooting erupted during a solemn moment and at least four people were wounded, three critical, after a gunman opened fire at a crowd of people attending a vigil in Whittier Friday night, the Los Angeles County Sheriff’s Department said.

The shooting took place about around 11 p.m. as a crowd gathered near Lockheed Avenue and Orange Drive, KTLA reported.

Authorities said three of the four wounded people were transported to a local hospital in critical condition. LASD has not released names of the victims.

It’s unclear what prompted the shooting as the investigation is launched.

Earlier this week gunfire erupted during a candlelight vigil for a fallen deputy in Maricopa County, Arizona, Law Officer reported.

Deputies–some armed with long guns–responded toward the threat as they could be seen running in the direction of the gunfire. Ultimately, the sheriff’s office determined the nearby burst from a weapon was unrelated to the vigil for Deputy Juan “Johnny” Ruiz.