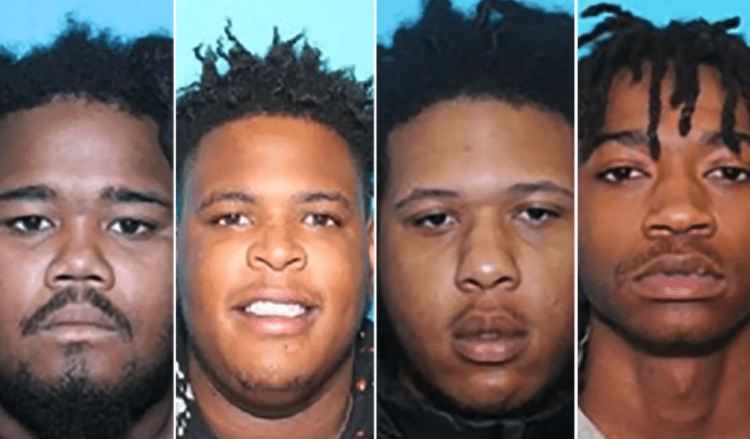 HALIFAX COUNTY, N.C. — Four men were arrested in North Carolina early Monday after police stopped their car for speeding and discovered a body inside the trunk, authorities said.

Officer C. Roberts with the Roanoke Rapids Police Department pulled over the vehicle at 1 a.m., the Halifax County Sheriff’s Office said in a statement.

Shortly after the detention was initiated, the sheriff’s office said Roberts discovered the body of a “deceased man” inside the trunk.

The decedent, identified as Trevon Quantavius Fields, 23, of Roanoke Rapids, suffered apparent gunshot wounds. Investigators later learned he was likely murdered just outside the city limits, although further details were not provided.

Police detectives called deputies from the sheriff’s office to assist in the investigation, which led to the arrests of the four occupants of the vehicle, Fox reported.

The four men were booked into Halifax County Detention Center with a pending court date set for Jan. 20.