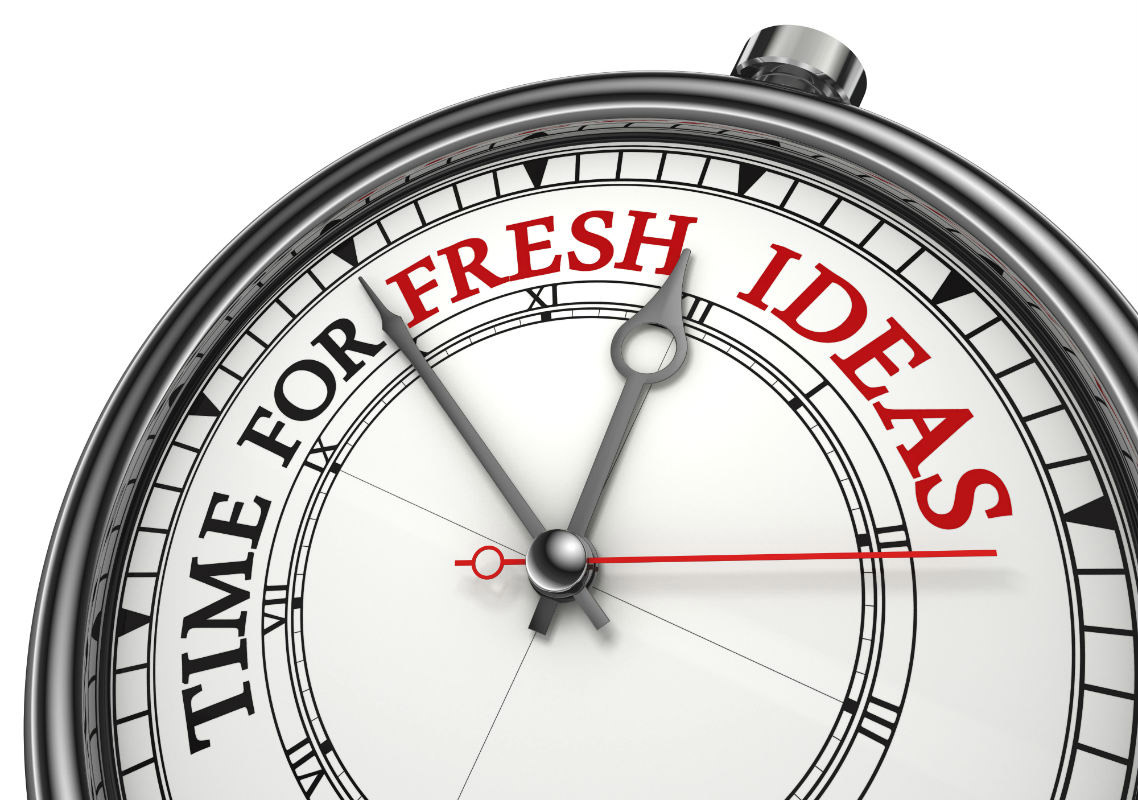 Historically, American Policing, and more specifically police officers, have been slow to change and adapt. However, due to recent high profile incidents that have received massive amounts of media exposure and public discussion, we have been given a great opportunity to improve our profession and ultimately our communities. Below are four fresh ideas to help us rise and meet the challenge.

1. Police Need to Change How They TALK With People
What do humans do when someone doesn’t speak their language and communication is difficult to get a point across? Typically, people begin to raise their voice and this escalates to yelling. Does it work? No! Police are taught early in the academy to speak loudly or even yell to “gain control” to “let people know who is in charge.” Instead of taking this type of stance, officers should be able to let people know who is in charge by mere presence alone. After all, case law exists with this absolute fact: by mere presence, an officer is demonstrating an act of force. It is my opinion that the most effective officers are those that “walk softly, but carry a big stick.”

My years of police work have shown that true control and power is all about how you carry yourself. I have seen petite, female officers control NFL linebackers with “soft power,” and conversely I have watched NFL linebacker-type officers struggle to control a small child. Does raising your voice ever change the dynamic of a situation? I have been in a lot of fluid and rapidly evolving situations, and yelling simply escalates the already deteriorating situation. This training needs to start in the academy and it needs to begin with the way we train our police recruits. At times it’s imperative to take charge, often these times are teetering on life and death decisions and actions (cause and effect), but yelling and screaming rarely works. Watch most videos of police shootings and you will hear the officer yelling because gaining emotional control is one of the hardest attributes a police officer can develop. By reverting back to training, easy calculations with easy solutions become complex problems. Things then can escalate beyond the officer’s control. Yelling simply gets the heart rate up and begins the auditory exclusions and loss of motor functions causing bad decisions not by choice, but by laws of human physiology.

Build trust and gain respect by introducing yourself by first name. “Officer Doe” is formal and rarely calms a situation or puts someone at ease. It is amazing how disarming a first name can be to someone hyped up on his or her own power. The officer is already entering with force on their side; there is little reason to introduce a second layer of excitement. In many instances, officers are walking into a deteriorating situation. Next time, try to deescalate the situation instead of creating an environment with competing power vacuums. Who cares if a suspect, witness or victim knows your first name?

2. Police Need to Change How They THINK: What is Important Vs. What is Important Now
Far too often, officers forget what is important versus what is important now. There are instances where an officer will show up to a scene and be required to take action. This action may be the use of deadly force. It is the unfortunate nature of police work. But these situations are rare. Officer safety, and going home at the end of your shift is the number one police priority. The next time someone refuses to comply, think long term and not short term. Think strategic goals, think verbal judo and if he or she will not comply, try another tactic if the threat of danger is not present. We have all seen the videos of an officer body slamming an 85-year-old grandmother because she wouldn’t roll down her window, or pepper spraying an 8-year-old because they wouldn’t get off of a chair. We all ask ourselves, “What was the officer thinking?” The answer is that the officers in these situations got wrapped up in the moment and did not find a balance between what is important versus what is important now. This new mode of thinking should also be taught early on during initial academy recruit training.

3. Police Need to Change How They Use TECHNOLOGY
The evolution of technology calls for investment and training for officers aside from their duty belts and physical training. There are ways to administer force and subdue unruly individuals without harming them. During the rollout of the Taser, police use of force increased dramatically because each incident required a use of force report. But once investigated, injury reports were down 88%, and officer-involved injuries were down nearly 92% (Law Enforcement Study, 2009). The Taser is a great piece of technology that has greatly aided police work. However, we seem to have stopped advancing technology in law enforcement.

There are departments with officers who do not have working radios. And departments that have other faulty equipment, including vehicles, firearms and buildings/infrastructure. Every piece of information ever developed in the history of the world is available on smartphones. Surely police can partner with Silicon Valley specialists to develop new technologies capable of serving as force multipliers for officers. There are several technologies available that can stop a riot in its tracks from the military that cause zero harm. (Not zero discomfort, zero harm.) The ability to disable an active resister so that an officer does not have to resort to physical and even deadly force should excite police administrators and the public. This technology is available. We, the police and the public just need to ask for it, or rather, demand it!

4. Police Need TIME to Speak With Someone Other Than Another Cop
A former detective and now a supervisor, we will call him “Paul” for purposes of this abstract, is an incredible cop; one of the best. He spent several years on an International Crimes Against Children Task Force. Due to the horrific nature of the crimes involving children that he was required to investigate, “Paul” was required to meet with a police psychologist once a month. The purpose of this short 30 minute discussion was to ensure that officers assigned to this task force had a positive outlet for the awful crimes that they were seeing every day. Some of the crimes investigated could simply not be discussed with family members or at cocktail parties with friends. These crimes were the worst of the worst. “Paul” said he was initially reluctant to speak with a psychologist. He said he was a tough cop who had seen a lot during his career. Talking with a civilian (a non-cop) was just a check the box sort of activity. He would do it because the department was making him do it.

However, Paul said as time went on, he actually enjoyed the meetings with the psychologist. Speaking with someone who wasn’t a cop was beneficial in other aspects of his life. He said that it helped him cope with the horrific nature of the crimes he was investigating. Cops see and experience things on a daily basis that most in society will never have to deal with. Seeing these things over and over again can have a detrimental affect on the human psyche. Additionally, cops are often in life and death situations where their own safety and life hang in the balance. Soon, all cops view everyone with disdain and suspicion.

There is an epidemic of alcoholism and suicide in law enforcement, and there has been for sometime. There is also a high divorce rate. I believe that cops should be required to meet with a police psychologist or a departmental chaplain once a month or at least quarterly. This time can alleviate the stress and pressures that are inherent in the job, which can lead to burnout and stress. Speaking with someone other than a cop can also help alleviate some of the feelings of disdain about society. It would be interesting to see a funded National Institute of Justice study after a year pilot program at a police department using the above program. I think it would produce positive results for the both the public and police.

Summary
It is important to say that police work is often dangerous, difficult and sometimes downright dirty. During some police calls for service, no amount of talking, technology or new ways of thinking will have any impact on the situation. Officers often have to respond and ultimately use deadly force to protect the lives of citizens and themselves. Sometimes officers just have to do their job. They have to show up, get the handcuffs (or firearms) out and go to work. The four ideas above recognize that and they are meant for the vast majority of police work which often involves positive citizen-police interaction.

The above ideas do not require any additional manpower or funding; just an imagination and a desire to improve our profession and communities. We typically use all of the excuses and clichés to keep things the way they have always been but law enforcement is being scrutinized today like no other time in history and while much of that scrutiny is unfounded, we owe it to our profession and the communities that we serve to do all we can to constantly evolve and improve.