It was a Ford Galaxie!

But what is the trivia question? 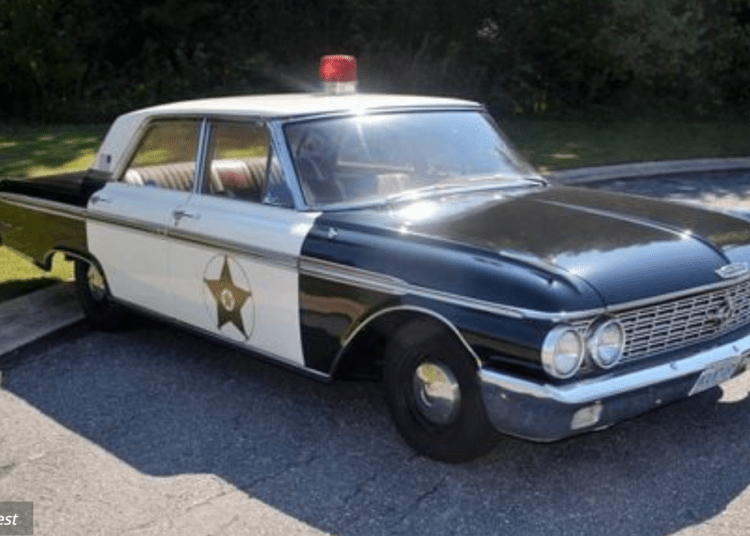 The Andy Griffith Show was a television sitcom that spanned eight seasons, from 1960 to 1968, and aired on CBS. They produced a total of 249 half-hour episodes. Of those, 159 were in black and white and 90 in color.

I know I’m going to date myself with this information, but The Andy Griffith Show, along with Adam-12, Dragnet, and later The Rookies were some of my favorites police shows growing up. I’m sure I watched all 249 episodes of The Andy Griffith Show, so I was stunned when a basic trivia question stumped me: What kind of a patrol car did Sheriff Andy Taylor (Andy Griffith) and Deputy Barney Fife (Don Knotts) drive?

Admittedly, I drew a blank, which surprised me, since I’ve always had an eye for automobiles used in police work. For reasons unknown, I guessed it was a Chrysler Imperial. (Admittedly, I didn’t pay attention to vehicle lines and emblems until later in life.)

The answer: It was a Ford Galaxie, according to cultures.com.

“The iconic squad car used by Andy and Barney on the show was a Ford Galaxie. A local Ford dealership provided the show with a free replacement Galaxie each time a new model came out. The dealer then took the old car back, repainted and sold it,” cultures.com noted, along with a long list of trivia related to the show.

“Because a new Ford was provided every season, a total of 10 cars were used and eventually sold off. Many replicas are still out there.”

Of course, I know I’m primarily writing to the law enforcement family, and many of you are car aficionados, so I can hear a few of you saying, “You couldn’t come up with that one”?

Apparently not, but now you know if you’re an OG like me and were at a loss for the correct answer.

Andy Griffith Reminds Us All What Christmas Is About